Bendite Angela Maxwell spent over half a decade walking everywhere from New Zealand to inner Mongolia.

It's the classic wanderlust tale: Woman wants an adventure away from the grind of daily life. Woman sells possessions. Woman embarks on an epic journey of self-discovery and wild wandering.

For most humans bitten hard by the travel bug, the itchiness wears off after a year, or maybe less. But for Bendite Angela Maxwell, the wanderlust lasted six years, taking her everywhere from the mountains of New Zealand to the steppes of Mongolia, to the entrancing beauty of Italy. Oh, she walked the whole way. 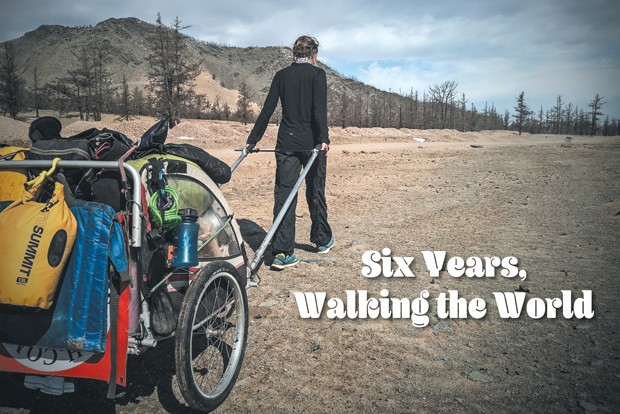 All those tough-as-nails thru-hikers who traverse the Pacific Crest Trail for a season have nothing on Maxwell, who returned to the U.S. in December and now spends her time speaking and sharing about her journey, as she works on a new project empowering women to live their fullest lives. Though as her own experience taught her, that also means sometimes leaving safety behind.

In a remote part of Mongolia, Maxwell says she was raped by a nomad while sleeping in her tent—a detail she's chosen to share with others as a method of healing, and a way to de-stigmatize an experience that is common for so many people around the world. In the U.S. alone, 81% of women and 43% of men report experiencing some type of sexual harassment and/or assault, according to a 2018 study published by Stop Street Harassment. When some might have chosen to call an end to the journey at that point, Maxwell decided to persevere as a way to move forward and move on, she told me.

This month, I chatted with Maxwell about her trip and what comes next. 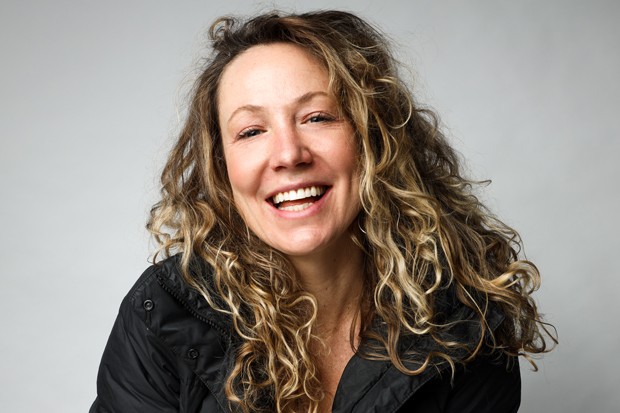 Source Weekly: Give our readers some background on your journey and why you did it.

Angela Maxwell: That's the most nebulous one. And that's a hard thing to answer sometimes, is the why. But basically, I was living in Bend—I just moved to Bend and I loved hiking, but I was still the day hiker who appreciated going out for the day and then coming home to the shower and the Netflix, and sitting on the cozy couch.

I've never really been really sporty, but I always just loved adventure. I grew up reading about Jane Goodall and stories of Sacagawea. I just love this idea of this adventure. I just kinda traveled the world, but never had anything as big as this. I honestly don't think I ever did more than a two- or three-day hike. And that was with friends; I never really built a campfire on my own. So, I'm in this art class and heard about someone who was potentially walking around the world—this guy—I thought, oh, that's brilliant. And then you take a seed and you can become slightly obsessed with it.

I just started ordering all the adventure books I could. Women who had climbed mountain peaks, and other women who have run around the world and women who have walked through countries.

I think it’s important to share the story because it continues to perpetuate the sense of forgiveness—of how I chose courage, how each of us can do that, and it was through this experience that I had that helped me to understand that if I could get through this one thing, I could do anything. tweet this

SW: How long between hearing about the guy and your departure?

AM: Basically, it was about one year. Essentially, from when I heard about it, I started really thinking, oh my God, this might be something I want to do. The time that I committed was a few months later and I gave myself nine months. You know, kind of thinking about the creative cost, and women give birth to babies in nine months, so it was a good time for me to figure out how to do this.

SW: I'm curious about some of the logistics. I am fascinated by, like, how you just held the cart. Did you have different positions you could do with your arms and things like that?

AM: I knew backpacking for such long distances would be silly. Places I was going to go, I needed so much water to carry. A lot of people, like especially people who walked through Australia, raising money for nonprofits and things, did these prams. I started with a pram that was three wheeled so basically all the weight could be on the three wheels, and I just had to push it along. The pram ended up breaking. I was walking across Turkey and after all the weight, and some of the aluminum was folding, it ended up breaking on me and I needed a new one. So, I ended up going with a rickshaw—two wheels and a basic platform, and it allowed me to balance the weight. So however much water I had and bags, I could balance and so, even though it looked like I'm holding it, ultimately if it was well balanced, I could push that cart with one hand, very gently if the road was flat. Of course, if you get going uphill or downhill all the weight is on you.

SW: How did you plan your route? Some people are so militant about hitting certain milestones on certain days.

AM: I wanted to do four continents and I jumped into Australia and I thought, OK, I am going to do Asia, Europe and the States. And those just seemed kinda doable, especially being a woman alone. The other thing was I really want this to be intuitive. I mean, don't we go on adventures because we get excited about what lies around the corner?

And so I thought, I wanted to be intuitive. But I would always have a sense of OK, I'd generally like to go start in Perth and I want to end in Darwin. Now I don't know if I want to be more inland, by the ocean or if I'm going to go out more by the desert. As I navigate, I pick up information and I will read into it and then decide from there.

I did want the walk to take me on a journey. I don't want to shape my adventure.

SW: (Trigger warning) There were some tough experiences on the journey, too. Would you like to share insight about what you learned following the sexual assault?

AM: I think it's important to share the story because it continues to perpetuate the sense of forgiveness—of how I chose courage, how each of us can do that, and it was through this experience that I had that helped me to understand that if I could get through this one thing, I could do anything. If I could survive the desert, I could walk anywhere.

And so, in Mongolia, when the nomad came in, it was the middle of the night. I gave a TEDx Talk called "Courage is a Verb," and that gives a little bit more description, but the challenge is that most girls will experience being molested or being forced to do something sexually that they don't want to do, and by telling the story of that, I only hope that it would help any other girl move through that and find their ability to thrive and feel good in their bodies and feel safe in the world.

And so that night, when the sexual assault happened, after I gathered up all my stuff, and I'm frantically running in the darkness of the steppes of Mongolia, going, 'OK, what am I doing,' there's no police to go to, there's no house to go to—the village is another day's walk—what am I doing? So I just found this little ravine and I realized I have two choices. I'm at a crossroads. I could go home. My worst fear has just come true, I have now been validated that the world is unsafe. I'll just go home, and everyone will understand why I gave up that because of this one experience. Or, I could choose to keep walking. And this is where the stories that women had shared helped me so much. I'm deeply inspired by women who have had to endure incredible hardship and turned around to say, you know what, I'm strong. I can get through this.

Before her journey, Maxwell was a life coach and a business consultant, primarily for women. Following her journey, she's working on a book. More information on Maxwell and her journey is available at shewalkstheearth.com.


WATCH: Maxwell's TEDx talk at the University of Edinburgh: