Ant-Man and the Wasp are growers, not showers 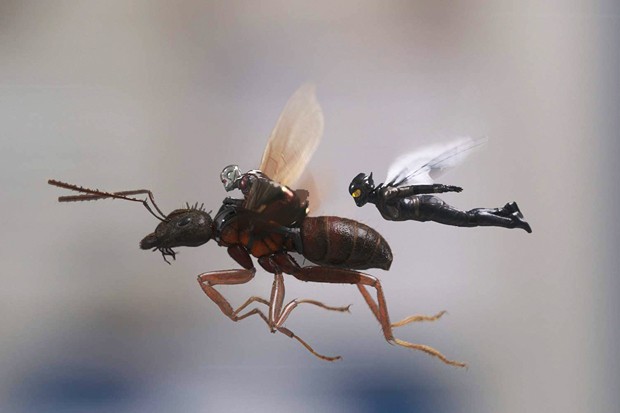 I know sometimes it feels like you need a flow chart to keep the deceptively interconnected Marvel movies straight, but now that we're coming to the final bow for several of the actors whose contracts are nearing completion, the end game is finally taking shape.

It's easy to see how Marvel succeeded where so many others have pooped the proverbial bed. DC's cinematic universe flailed. Universal's attempt to reboot all the old monster movies into a shared mythology failed miserably with Tom Cruise's "The Mummy." Marvel's success comes down to two simple things: casting, and each film's insistence on "characters first."

Looking at the entire Marvel Cinematic Universe, it's hard to imagine anyone doing a better job with these beloved characters who most of us grew up worshipping. Robert Downey, Jr., as Iron Man, Sam Jackson as Nick Fury, Chris Evans as Captain America and Chris Hemsworth as Thor centered the films beautifully. The eventual additions of characters including Loki, Black Widow, the Guardians of the Galaxy, Black Panther, the Hulk, War Machine, Doctor Strange, the Falcon, Spider-Man and dozens of others gave the universe a surprising depth.

Paul Rudd as Ant-Man and Evangeline Lilly as the Wasp are no different. The actors have a lived-in chemistry that makes them fun to watch regardless of what adventure they're flying into next. Rudd was born to play an un-assuming superhero and Lilly has been downright heroic ever since her career-making turn as Kate from "Lost," so the fact that the story for "Ant-Man and the Wasp" is so low-stakes doesn't keep it from being another charming release from Marvel and Disney.

Rudd's Scott Lang is still on house arrest after the events of "Civil War," so he's trying to keep his nose clean even as Hope (Lilly) and Hank Pym (Michael Douglas) need his help to shrink down into the quantum realm and search for their missing matriarch Janet van Dyne-Pym (Michelle Pfeiffer).

The film also involves a southern gentleman gangster played by the always-welcome Walton Goggins, a mysterious woman who can't keep herself from phasing into the quantum realm, and angry FBI agents desperate to catch Lang in some shenanigans so they can send him back to prison. All of these little elements add up to a fast-paced and fun movie that would much rather hang out with these characters than set up a bunch of pointless action sequences that don't inform the characters or themes.

Just like 2015's "Ant-Man," the stakes are small and even a little forgettable, but we care about Scott and Hope...especially since we know the ultimate payoff of "Infinity War," which neither character showed up for. "Ant-Man and the Wasp" plays more like a palate cleanser for what's sure to be an epic origin story in next March's "Captain Marvel," followed by May's final "Avengers" adventure.

Things are about to get very heavy and epic as our heroes take one final run at Thanos, so a tiny adventure following heroes riding ants into battle is the perfect choice for Marvel, at exactly the right time.