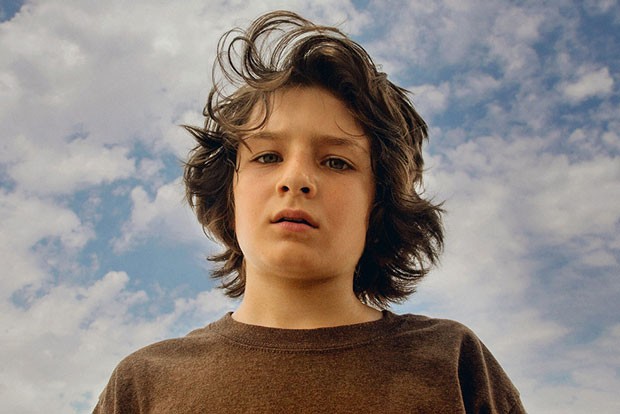 They don't put an exact date on when "Mid90s" is set, but based on the music and some of the clothes, I'm guessing it's either 1994 or 1995. I was 14. The main character in this film that represents Jonah Hill's filmmaking debut is 13, thus making the movie one of the most personal experiences I've ever had watching a movie.

While the main character, Sunny, is 13, his experiences are so close to mine to make me feel like Hill and I might have grown up as friends. Sunny is just a punching bag for his older brother (the remarkable Lucas Hedges from "Manchester by the Sea") until he discovers skateboarding and a new (older) group of friends.

His new skater buddies make him feel stronger and safer and like he's actually found his tribe. And he has. These new kids actually like Sunny and tend to look out for him even when he doesn't notice. Some might be self-destructive, annoying or jealous, but underneath all the bluster and bravado, they're good kids who all have something fundamental missing from their lives.

When I was Sunny's age, I was also a punching bag searching for something that would make me feel safe and tougher than I knew I was. Sunny discovers weed and booze while I discovered weed and poetry, but the feeling is still there.

My only issue with "Mid-90s" is that it's too short. At 84 minutes, there's so much more we could have learned about these kids; more layers of their home lives to discover. Someone says one of the kids is being abused, but we never get into it on more than a surface level. It's nice to see a movie only stick around for only 84 minutes, but just as we begin settling into these characters and this world, the film ends.

While Hill has an excellent eye for finding small and authentic moments with his cast and instinctively paces the film flawlessly, the story almost plays out like an after-school special about the effects of underage drinking and driving. It's like he wanted to make a French New Wave-inspired look at American teens, but forgot to find the silences that make those movies so deeply personal to their filmmakers.

"Mid-90s" is a very good movie and close to being a great one. Jonah Hill already shows signs of being a filmmaker of uncommon empathy and grace, and this will be a great calling card for his next film. Hill found the soundtrack to my childhood with "Mid90s," creating something that will stand alongside "Lady Bird" and "Eighth Grade" as a deeply personal look into an era in history that felt important to those of us that lived through it.