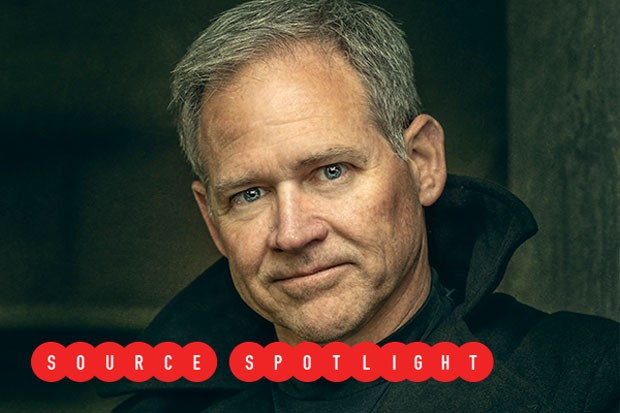 With so much information available today, it can be hard to find the truth. If you want to believe something badly enough, you'll find someone out there supporting your belief—true or not. Brian Dunning, the science writer behind the award-winning podcast "Skeptoid: Critical Analysis of Pop Phenomena," puts it like this: "Production companies call me all the time to be the scientist to support the other side, but in reality, they are just looking for me to say something to support their fictional idea." You've likely heard people talk about the earth being flat or say the moon landing was a hoax. Dunning's mission is to reveal the truth behind popular misinformation permeating our culture.

In 2005, Dunning watched the Macworld keynote address in which Apple CEO Steve Jobs mentioned "Skepticality" as one of the top podcasts at the iTunes Music Store. It inspired Dunning to develop his own podcast. He studied film and television and had a background in science, but had never worked in the field. Podcasting was a way he could combine his interests, so he started the "Skeptoid" podcast for fun in 2006. "I was very fortunate that it caught on," said Dunning. "It resonated with people and grew quickly." This week, Dunning released episode 637.

"Skeptoid" is like Gimlet's "Science Vs." podcast if you removed the goofy sound effects and cheeky puns and made it more serious. Dunning typically tackles four basic types of prominent pseudo-sciences: consumer frauds like magic jewelry, urban legends like Sasquatch, alternative medicines like acupuncture and conspiracy theories like chemtrails. "Skeptoid" packs so much critical thinking and facts into each episode, it's even popular with teachers. Because of its traction in education, Dunning turned the business into an educational nonprofit so the company could provide educators and students access to content free of cost or ads.


"I don't do anything political or religious because of the education mission. I don't do current events because everyone else is doing it, and I want all the episodes to be timeless." —Brian Dunning tweet this

I asked Dunning if there were any subjects he won't research or touch. He quickly said, "I don't do anything political or religious because of the education mission. I don't do current events because everyone else is doing it, and I want all the episodes to be timeless." Not touching politics or religion is a good way to avoid provoking people but, surprisingly, serving up facts can be dangerous. Dunning has received death threats, had random people show up at his doorstep, and every day has to block people on Facebook and Twitter.

When Dunning isn't producing the "Skeptoid" podcast, his hands are in all types of media. He wrote and presented the documentaries "Here Be Dragons: An Introduction to Critical Thinking," and "Principles of Curiosity," both free to view online. This summer his book, "Conspiracies Declassified: The Skeptoid Guide to the Truth Behind the Theories," was published, debunking popular theories, like the one about The Illuminati running the world. Currently, he has a revealing feature documentary film, "Science Friction," in production, about scientists who get misrepresented in the media. "In an extreme example one scientist had his video edited to switch his words around," Dunning said.

Bend has been home to Dunning for a little over a year. Since then, he's brought two Bendites onto his team. "We're trying to grow roots in Bend," he said. "With these documentary films we want Bend to be known for producing high-end, educational content." You might think with everything Dunning is doing he's science and business all the time, but he says he also loves the Bend lifestyle. He likes to camp, kayak and head out in his Jeep with his family. I asked him if he was a beer drinker before he moved here, and he responded, "not as good of one."