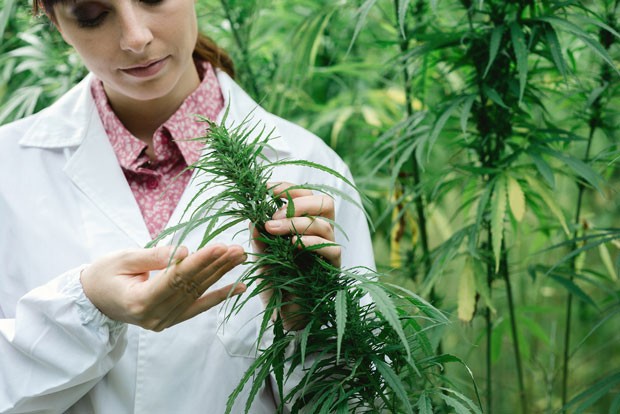 For decades, cannabis research has been seriously lacking, due to fear-based, repressive prohibitionist beliefs. There's a school of thought that believes this may be due in part to Big Pharmaceutical not wanting the public to have a more comprehensive understanding of a plant that you can grow yourself and might be able replace a medicine cabinet of prescribed medications. I am a proud alumnus of that school, although there are other channels of misinformation and repression that have led to cannabis research being woefully overlooked.

Our friends at Marijuana Moment, a site you should bookmark, posted a great piece about how the rapid expansion of cannabis legalization in the U.S. has been a boon for cannabis researchers. They cite an Israeli team of researchers who looked at the number of cannabis research studies performed between 2000 and 2017. Their findings were published in the journal Population Health Management, which examined online research databases such as Web of Science and PubMed. Per Marijuana Moment: "While the overall number of scientific publications per year on PubMed increased 2.5 times during the years in review, the number of publications that examine cannabis increased 4.5 times, from 620 to 2388. The number of studies focused on medical cannabis increased nine times over the same period, from 82 in 2000 to 742 in 2017."

The most common type of cannabis study was in the field of neurology, which includes conditions such as epilepsy. Oncology and cancer studies were the second most common, followed by psychiatric cannabis studies.

Who's doing the studies? The U.S. leads the way, with 66 percent of studies in the time period, followed by Canada at 7.5 percent. With our neighbors to the north recently passing nationwide legalization, that number is certain to increase.

The researchers cited prohibitionist policies from the 1970s as a reason for stagnating cannabis studies, writing, "The absence of an increase in publications on cannabis until recent years would appear to be related to the United Nations Single Convention that prohibited the use of cannabis for recreational purposes and had broad support in most of the developed countries.... It is noteworthy that the significant growth in the number of publications on medical cannabis since 2013 parallels legislation permitting the use of recreational cannabis in the states of Washington and Colorado in 2012 and in Alaska and Oregon in 2014, and subsequently in many other countries around the world."