As journalists, one of the things we get asked most often these days is, "Where are the workers?" While we'd like to offer a definitive answer that wraps all the current challenges into one tidy bow, the situation is a combination of factors; not exactly what those who are asking us about it were hoping to hear, but this is not a simple problem.

While some will spitball that it was the now-expired $300 federal unemployment bonus causing so many people to avoid applying for jobs, or that a general malaise about the state of the world is causing many people to rethink their roles in the world of work, there's one factor we see talked about less often, which is having an enormous effect: child care. The shortage of child care was a local crisis before the pandemic, and it's only gotten worse. While the problem exists on a macro level across the region, it's on a micro level that we're seeing some movement, and some promise. 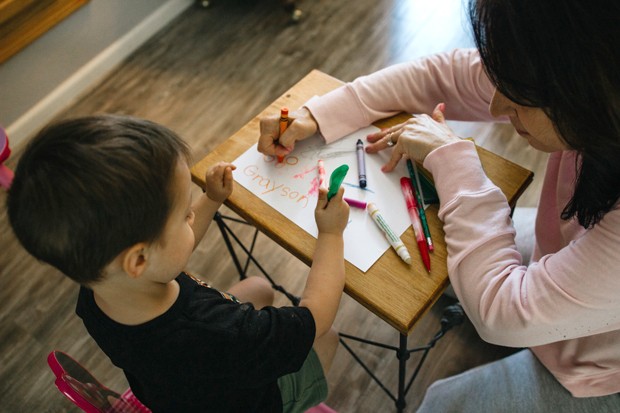 At Oregon State University-Cascades, the university launched its "Little Beavs" child care program at the start of the pandemic to help student-parents stay in school. Around 11% of the students on campus are parents, according to OSU-Cascades' director of communications Christine Coffin. Being a program that was started relatively quickly, campus classrooms have been its home. With an infusion of money from the State of Oregon and the American Rescue Plan, the program will eventually be located in modular buildings that will soon be constructed on campus.

But its growth goes beyond that; soon, the program will morph into a program titled the "Little Kits Early Learning & Child Care Center," and will welcome not just the children of students at OSU-Cascades, but also those of students from Central Oregon Community College, too. If more space is available, staffers from the campuses can also take advantage of the program. Not only that, but students studying Early Childhood Education from both campuses will be able to get hands-on experience at the center.

This program is exactly the type of collaboration and action that employers (and educational institutions) should be moving toward. Granted, it took a village to get the program to the point where it is now; collaborators included the Bend Chamber, East Cascades Works, NeighborImpact, Early Learning Hub of Central Oregon, Better Together and the High Desert Education Services District. Funds from the U.S. Department of Education's Child Care Access Means Parents in School grant will help lower the costs of child care for low-income students. For the 70 to 100 children and families who will be able to take advantage of the program, it will mean a massive improvement in quality of life. With parents able to send their kids to daycare or preschool near where they're studying, and at a lower cost than other daycares for some of those parents, their ability to continue their educations and move into their chosen career fields might move faster.

This is exactly the type of collaboration and ingenuity we'd like to see among other major employers in the region. What would it look like if some of the region's biggest employers took on this type of collaboration in a serious way, and began to address this pressing need for their employees? St. Charles Medical System, its spokesperson said, pondered purchasing the child care center located on the corner of NE Purcell Boulevard. and Neff Road, but found it was already under contract. That would have been a golden opportunity for the health system—the region's largest employer—to offer a valuable service that could have attracted workers. Its failure to purchase that turnkey operation should not stop it from continuing to pursue other options. Its Bend campus is certainly large enough to site a center of this nature.

The same goes for Bend-La Pine Schools, another of the region's largest employers. It could take a cue from other Oregon cities, such as Roseburg, where its school district opened a child care center for school district employees during the pandemic. While that was a stopgap, it proves that when there is the will, the way can be found to solve the child care problem.

While a range of issues—housing, pandemic concerns, wage stagnation, federal benefits and general malaise—may be causing the current shortage of workers, the concerns around child care should not be overlooked. And they are not going away. We applaud the efforts of OSU-Cascades and COCC in addressing this urgent need for its students and staff.