Local wildfire experts weigh in on what to expect this fire season, and unique hurdles the community will face as a result of social distancing

May 06, 2020
comment
While wildfires are as much a part of Central Oregon’s landscape as snow-capped mountains and fish-filled streams, this upcoming fire season may be rougher than the past few… and not just because of our particularly clement winter. 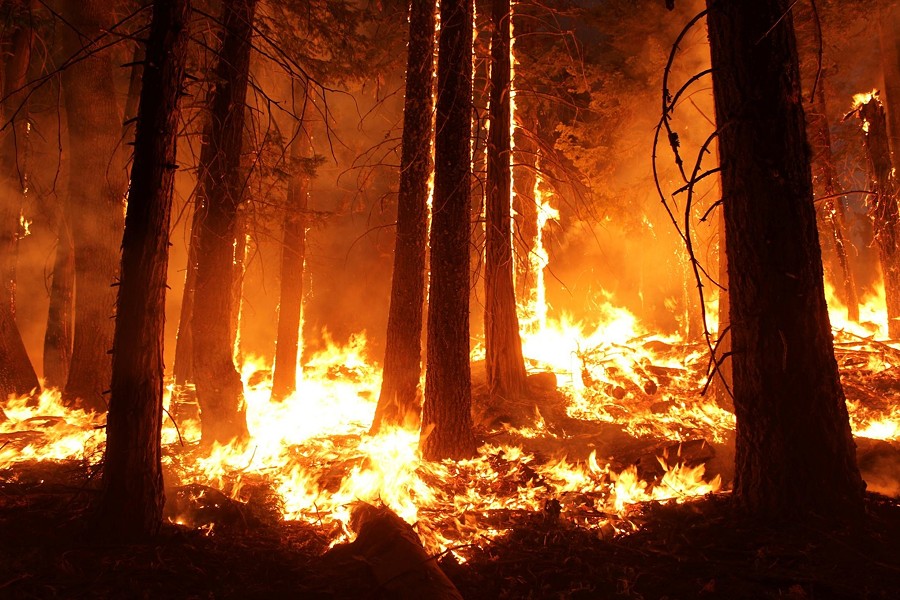 “This is the time of year we refer to as the ‘shoulder season,’” explained John Bailey, an Associate Professor in the Department of Forest Engineering, Resources and Management at Oregon State University. Bailey predominantly studies the role of forest management in accomplishing landowner objectives, which include fire resilience and restoration. “Wildfire risk isn’t quite as high during this time of year, so this is when we do all of our prescribed burning and broad land management in order to prepare for the season ahead. However, we’re currently facing prescribed burn limitations due to a lack of available workforce.”

Bailey explained how the current social distancing orders, implemented to prevent the spread of COVID-19, have been significantly impacting Central Oregon’s ability to prepare for the upcoming fire season.
“Hundreds if not thousands of people come together to fight larger fires; it would be extremely tough to maintain social distancing orders in the case of a major fire." John Bailey tweet this

“We’ve had a very forgiving winter, which has led to a favorable spring—at least in this part of the world,” said Bailey. “Snowpack is all caught up now, which bodes well for active spring growth and water availability. It’s great, but it’s also fuel. We say, ‘A dry spring will make for an active fire season.’ Even a wet spring will typically make for an active fire season in this region, though it will be more delayed and allow us extra time to prepare. This is unfortunate from a land management and fuels management perspective.”

Bailey noted that this year will be more challenging when it comes to prevention. “Workforce issues could come into play in an unpredictable manner,” he said. “Hundreds if not thousands of people come together to fight larger fires; it would be extremely tough to maintain social distancing orders in the case of a major fire. I’m sure operational and legal departments are all thinking about it.”

Boone Zimerlee, the Deschutes County Fire Adapted Community Coordinator, currently serving as the Director of Project Wildfire, spends the majority of his professional time communicating between fire-related agencies and facilitating neighborhood preparedness. He further confirmed that restrictions and persistent statewide guidelines would contribute to a difficult season.

“We’ll see what this year has in store, but COVID is definitely adding some additional hurdles,” he said. “We’ve been more cautious about smoke impact, we’ve already closed down controlled burning for the season. Part of what determines how bad the season is the number of new starts, and closing down burning in Deschutes County will definitely affect that. We experienced a drier-than-normal April, and drought conditions in Oregon and Washington. The SNOTEL [current snow water equivalent] is lower in Oregon than it normally is, which will inevitably lead to a dry season.” Zimerlee added that although he didn't have the exact information as far as firefighting protocol, some changes were bound to be made.

“They’ll be changing the amount of people that can ride in a truck,” he shared. “They’ll keep the same groups of people together in the summer; this is as far as the initial attack goes. In regards to the extended attack, they’ll likely disseminate fire camps, working towards a more dispersed situation; hold tele-conference style debriefings rather than all gathering together in the same space.”

"The virus is just another complication beyond climate change and unprecedented weather patterns. We’ll have to come together as a community and fulfill our individual roles." John Bailey tweet this
Because this season is predicted to be significantly more troublesome than others based on newly implemented workforce restrictions, it is crucial that community members actively do our parts in preventing careless wildfires, the officials said. Bailey offered insight.

“It’s important for landowners to take certain precautions, like cleaning out gutters regularly, keeping firewood away from the house and keeping weeds and extra growth down. Make sure that you’re trimming weeds that grow under your deck as well. In the case of a fire, embers can blow and accumulate under a deck, then the weeds under the deck will catch fire and then, of course, the house will catch fire. Support land managers in their effort to manage the forest, or to manage the land and fuel. This might involve cutting down a tree or two, and even though that might not be your favorite thing—I don’t particularly like it, I’m a forester—when trees grow and accumulate beyond what makes a resilient landscape, it becomes far more difficult to fight fire effectively. This fire season we will all need to work together. The virus is just another complication beyond climate change and unprecedented weather patterns. We’ll have to come together as a community and fulfill our individual roles.”

The Bureau of Land Management Oregon & Washington announced a new fire prevention order effective May 10, which prohibits the fireworks, target shooting with exploding targets, and firing incendiary or tracer devices on all publicly managed lands.

To learn more about wildfire prevention, new regulations and what additional steps you can take, visit: