Some groups say the technology can lead to illness; Pacific Power says its new meters are safe

Starting on April 29, Pacific Power—which provides electrical service to most of Bend—will start installing "smart meters" to about 76,000 customers in Central Oregon. The company will eventually roll out about 590,000 meters in Oregon. According to the U.S. Energy Information Administration, 78 million smart meters are already installed in the U.S. 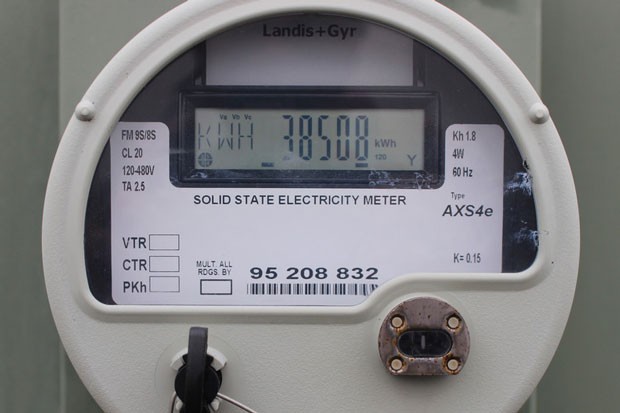 Smart readers will replace aging analog meters—removing the need for a meter reader. Instead, energy use data is transmitted several times a day via the company's secure wireless network. Pacific Power officials says the smart meters will help the company respond faster to power outages, give customers useful insight about energy consumption and provide forecasts on upcoming power bills and help the power grid make better use of clean, renewable energy sources.

Pacific Powers says the smart meter technology is safe—that the meters transfer data using low-frequency radio waves that have been proven to be safe. According to a press release from the power company, the radio frequency is so low, that people could stand directly in front of a smart meter for a year and still have less radio frequency exposure than from a single, 15-minute cell phone call.

"We're installing smart meters here locally as part of an upgrade for the homes and businesses we serve," Matt Chancellor, Pacific Power's regional business manager for Central Oregon, said in a press release. "The meters offer customers greater insight into their energy usage and help promote energy savings—a benefit that supports the City of Bend and the surrounding area in helping to meet energy goals for the future."

Not everyone shares Pacific Power's opinion on the safety of the smart meter technology. Many international and U.S. groups oppose the meters on the basis of electromagnetic fields, causing adverse reactions in people, among other issues.

The Physicians for Safe Technology website shares information about research from Dr. Frederica Lamech—who researched smart meters in Victoria, Austrialia—from 2014 that says EMF can cause people a host of adverse physical health symptoms including insomnia, headaches, tinnitus, fatigue, dizziness and cognitive disturbances. According to that site, smart meters create a continuous "Smart Grid" blanket of electromagnetic radiation in neighborhoods for the purpose of efficient wireless transfer of household data on energy use to the power companies. It says these EMF blankets have a host of problems from health effects to privacy issues.

A local college student, 20-year-old Flora Chipowsky, says she has issues with EMF, called electromagnetic hypersensitivity. Chipowsky said she moved from Ashland, Ore.—where her home had a smart meter—to Bend, where she now lives with her grandmother, who opted out of the smart meter at her home.

Chipowsky said she deals with symptoms including fatigue, headaches, poor digestion, heart issues and depression any time she lives in a home with a smart meter.

"It's very difficult because you have to be careful everywhere you go," Chipowsky told the Source about living with EMF sensitivity. "I can't necessarily do a lot of things. If I go somewhere to hang out and realize, oh, this place has a lot of smart meters on the wall that are connected to the whole building. I'll start to get a headache, I'll start to feel very sick, nauseous, lethargic."

Although this isn't classified as a medical condition in the U.S. and the World Health Organization said in a paper from 2005 the symptoms aren't part of any recognized syndrome, Chipowsky says EMF has a great effect on her life.

Pacific Power customers can opt out of the smart readers and keep their analog ones. However, these customers will be charged a fee for meter readers to come to their homes. As of April, 116 people in Central Oregon have opted out and will be charged either $36 for monthly manual readings, or $9 per month for readings three times a year, according to the company's website.

Across the U.S., 23 states offer opt-out options. In California, 14 cities or counties have banned smart readers, according to the EMF Safety Network's website.