Where to find them and why they're so dang good

Several years ago my family hosted an exchange student from Bend's sister city, Belluno, Italy. Being the food family that we are, one of the first questions we asked her upon arrival was what American food was she looking forward to eating.

"Hamburger," was the immediate reply. 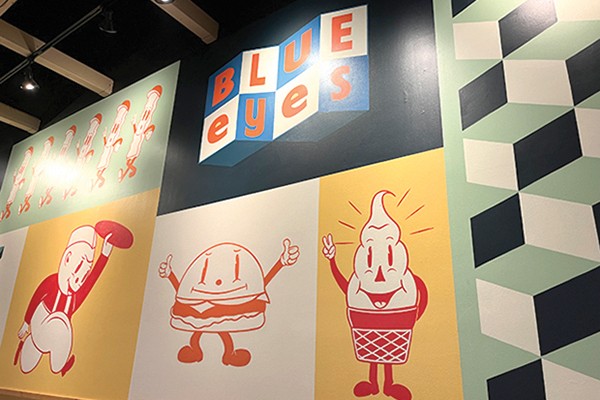 Since it would take up this entire article space to delve into the history and evolution of the hamburger, suffice it to say the burger has become a culinary icon in the United States. And thanks to restaurant chains, the hamburger is now an international superstar!

I grew up eating a lot of hamburgers; they were (and still are) my mother's favorite food. While my grandmother, a child of the depression, insisted on cooking everything from scratch at home, my momma was the epitome of the more modern career woman. She was working and parenting and furthering her education so "slaving over the stove" as she put it, was not in the equation.

Canned vegetables, frozen dinners and hamburgers from the A&W and Dairy Queen were staples in my mother's culinary repertoire. As kids, my brothers and I thought we were in heaven; everybody else's mom was into healthy granola and lots of broccoli while we were feasting on burgers, fries and donuts (another of my mother's favorite foods). Of course, once I hit those teenage years, my food rebellion kicked in. I vowed that my future kids would not be eating too many hamburgers and definitely donuts only on special occasions.

I remember eating lunch at a McDonald's on a high school field trip once and my teacher saw me picking off the top of the bun. "What are you doing?" she inquired. "I don't really like all this bread," I explained as I continued to mutilate my Quarter Pounder, tearing off the bun and scraping off the toppings to get it down to a meat patty. My top five list of favorite foods has never included a hamburger. But if you write about food and you start hearing about a food phenomenon, you can't ignore it forever. 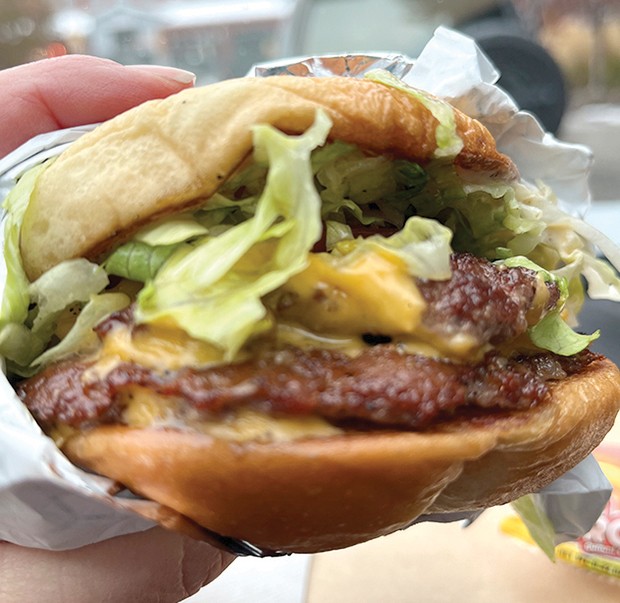 Enter the smash burger. The original smash burger seems to have been invented at a Dairy Cheer in Kentucky about 60 years ago. From what my research is telling me, it's all about technique. A smash burger starts out as a ball of fatty ground meat which is then smashed down completely flat on a hot griddle, cooked for a couple minutes until the edges start to get crispy and caramelized, and then flipped, topped with a slice of cheese and served on a soft bun with a special sauce blend, which varies depending on the place. I tried three different smash burgers around Bend this past week and I was transported back to another time and place.

My grandmother, the one who cooked everything at home, would make burgers by mashing them very flat and cooking them very fast in a cast iron skillet with melted American cheese on top, served on a soft bun. The condiments were the eater's choice. I actually liked her little burgers best of all and the three smash burgers I tried recently reminded me of hers.

Here's where to find them: Blue Eyes Burgers on Greenwood; Americana Food Truck in the Podski on NW Arizona; and MidCity SmashBurger next to the Boneyard Beer taproom on NW Lake Place in Bend.

I can't pick a favorite as I loved them all. Let's start with the Blue Eyes Classic smash burger with local Pitchfork T ground beef, griddled shaved onions, American cheese, supreme sauce, chopped lettuce and pickle on a Jackson's Corner sweet bun. I really liked how the onions were shaved and griddled which made for some great flavor without a strong onion taste. Blue Eyes also offers the Rainshadow Rodeo with bacon, onion rings and pickled jalapeño and a Kids Smashy. The Blue Eyes Classic Single is $10 and the double is $12.

Next stop, the Americana Food Truck in its new location at The Podski. I kept it simple again and got the OG Americana Burger. They don't call their burgers smash burgers but the OG met all the criteria of a smash burger for me – it was flat with crispy, tasty edges and served on a soft brioche bun with American cheese, caramelized onion, secret sauce, shredded lettuce and tomato. For $8 I was completely satisfied and that was with no fries or any other extras. Americana also offers a Jalapeño Popper Burger with pickled jalapeños, jalapeño cream cheese and bacon as well as a BBQ Bacon Cheeseburger, each for $11.

Final stop on my smash burger tour was MidCity SmashBurger tucked away on NW Lake Place adjacent to Boneyard Beer's original taproom. Their choices include a basic smash burger, a deluxe version with bacon and a junior size. For $6 and a four-minute wait, I got the basic Smashy Boi with two patties, American cheese and SmashSauce on a Franz bun. I'm not sure what's in their special sauce (or any of the special sauces on the burgers I tried) but I liked it. I did not share. I ate the whole thing in a matter of minutes.

I know I'm late to the party but I can now say the juicy, thin, cheesy, saucy smash burger is on my list of favorite things.