Smoke Doesn't Have to be a Bad Thing | Chow | Bend | The Source Weekly - Bend, Oregon

Smoke Doesn't Have to be a Bad Thing

Tickets for the Saturday event are available at bendticket.com

The summer wildfire season is well behind us—and it's fairly safe to say that most people are happy to see it go. Still, an upcoming event is bringing smoke into the equation again... but this time, it's in the beer. Fans of "rauchbier," otherwise known as smoked or smoke beer, will be in their element this weekend for the Diff'rent Smokes event at Silver Moon Brewing. 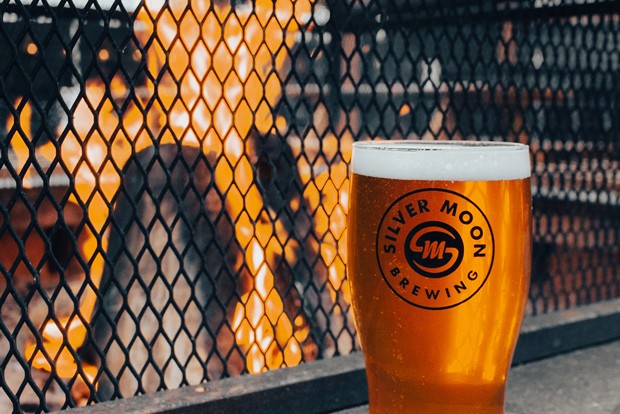 In addition to pouring samples and full pours of Schlenkerla beer—hailing from the "rauchbier" capital of Bamberg, Germany—the event will feature smoked beers from a host of breweries. Silver Moon will have an offering there, but also taking part are Ale Apothecary, Boss Rambler, Crux Fermentation Project, McMenamins Old St. Francis, Spider City and Bend Brewing Company, bringing a smoked porter. Boneyard will bring a smoked chipotle Mexican lager, while 10 Barrel will offer a smoked Helles. Those who don't leave Central Oregon's beer scene too often will also have a chance to sample beers from Mitchell's Tiger Town and John Day's 1188 Brewing, bringing a smoked porter and a Scotch ale, respectively. Also pouring smoked beers will be Portland's Von Ebert, Threshold and Steeplejack breweries, as well as Salem's Santiam brewery and Bierstadt from Denver, Colorado. Food items can also follow the smoke theme, as well as smoky cocktails. Tickets for the Saturday event are available at bendticket.com—oh, and in case you're wondering, this smoke-themed event will see a portion of the proceeds going to the Oregon Volunteer Firefighters Association. Sounds like a lit event.