5th grader Sophia Rodriguez is a rising star in BMX

BMX racers from all over the U.S. and Canada competed in the Great Northwest Nationals in Redmond April 12 through 14. Among the winners was Bend 5th grader Sophia Rodriguez, who took home first in the 10-year-old Expert Girls category, and first in the 9-10 Mixed Open category, which includes both boys and girls. Actually, she took home first in all six of her races that weekend. 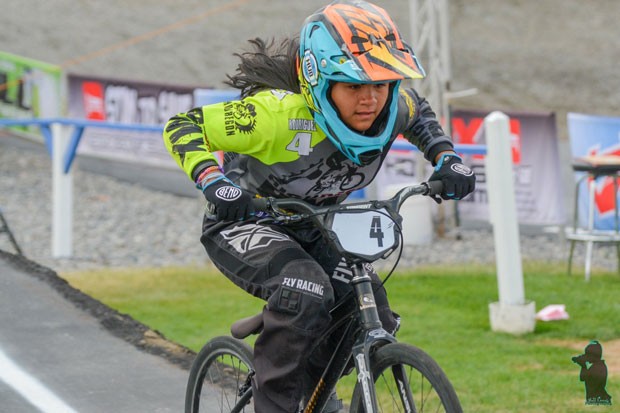 She doesn't just win races close to home, either. Rodriguez, given the nickname "So Fast," wins—a lot. She took home sixth in the 2017 World Championships and will represent Team USA in the 2019 Worlds in Belgium in July. It's something of a family affair, since her dad, Albert Rodriguez, also races on Hub Cyclery's team.

In honor of the Bike Issue, Sophia took some time out from training on the track at High Desert BMX in Bend, where over 500 kids and adults train, to talk to us about her racing career.

What inspired her to race BMX: "My dad is a big rider, so I picked up the sport."

What surprised her about riding BMX: "I never knew that it could be so short, but so tiring... that you can get tired so quickly!"

How often she trains: Twice a week at the High Desert BMX track and the rest of the week, road rides of around 35 miles, and fun mountain bike rides around places including Phil's Trail.

Favorite sport, besides BMX: Cyclocross, because it's something like road riding, mixed with mountain biking, on a course. It's also kind of like BMX because there are obstacles.

Thoughts on girls in the sport of BMX: "Sometimes people put girls down. Instead, they should look on the bright side. Some boys' sports, girls can accomplish, too. And there are more and more girls all the time." 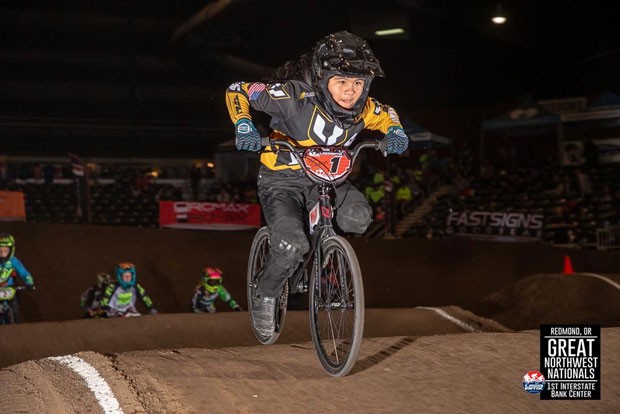 Her biking heroes: Local Heather Jackson, a road racer and Ironman competitor. Olivia Armstrong, a 2020 Olympic hopeful in BMX (also headed to the Worlds in July), who trained with Rodriguez at High Desert BMX, and is now on a BMX scholarship at Marion University. Also, Jolanda Neff, a Swiss XC, cycloross and road racer.

What she wants to be when she grows up: A world champion.

Other sports she likes: Basketball and rugby

What she wants people to know about BMX: "All the courses are really different. Some are dirt, some cement. The gates can be really high, or really low."

What High Desert BMX wants you to know about Sophia "So Fast" Rodriguez: Sophia is super-committed to her sport. When she broke her arm, she even rode a trainer inside until she could ride outside again. 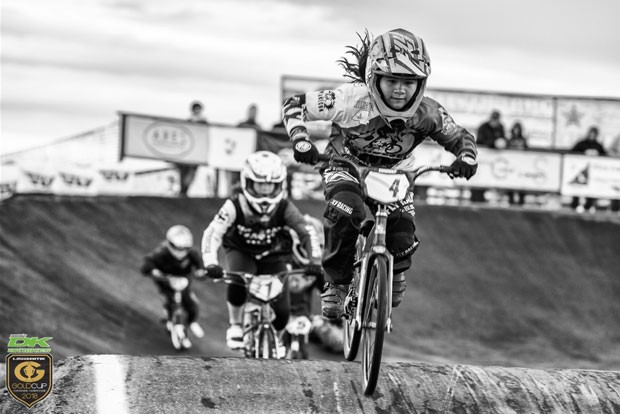 High Desert BMX trains champions like Rodriguez—but also welcomes novices, moms, dads and anyone interested in learning bike handling skills and just having some fun. The club started its "track team" last year, welcoming riders of all ages and skill levels to train and even compete.

The club is one of two in Central Oregon, along with Smith Rock BMX, located in Redmond. High Desert BMX welcomes riders to practice Mondays at 5:30 pm, and races Wednesdays at 5:30pm. Smith Rock BMX races Tuesdays and Fridays at 6pm.