So Many Movies, So Much Time | Film | Bend | The Source Weekly - Bend, Oregon

So Many Movies, So Much Time

Normally, for the issue of the Source Weekly right before BendFilm Festival starts, I make a mock schedule of how to catch all of my personal favorite things playing across the days so you can maximize your time there. This year, however, since the festival is a hybrid of in-person and virtual, this article won't just be a rigid schedule recommendation. A good majority of the films will be available to watch virtually, but four narratives and one of the documentaries are only available in person, so you can basically watch most of the films at your leisure.

Here's how it breaks down: Oct. 9-10 are in person and 7-17th are virtual. I'll let you know which movies on this list are available in which viewing format.

"The Novice" - An electrifying psychological sports drama that feels like the hybrid baby of "Black Swan" and "Whiplash." Isabelle Furhman, in a just world, would get every single award ever for this. 11:45am on Oct. 9, 5:30pm on Oct. 10 or virtual.

"The Humans" - A domestic drama directed like a horror movie which somehow feels like a revolutionary way to make a movie. The entire cast (including Steven Yuen, Richard Jenkins, Amy Schumer and a never-better Beanie Feldstein) are absolutely astounding. Picture "Hereditary" with only human monsters. Noon on Oct. 9, 2:45pm on Oct. 10.

"The First Wave" - A gut punch of a documentary focused on the first wave of COVID in NYC. This should be required viewing now for those not taking the virus seriously. A truly important film that made me cry entirely too much. 2:15pm on Oct. 9 and virtual.

"Language Lessons" - An absolute charmer of a comedy exploring platonic love in a way I'm not sure I've ever seen in a film before. I've been a massive fan of Natalie Morales ever since "The Middleman," so I hope this genuine and kind film outs her on an entirely new level. 2:45pm on Oct. 9, 12:30pm on Oct. 10.

"No Straight Lines: The Rise of Queer Comics" - A fascinating look at five queer comic visionaries and their art that gave voices to those without them. Heartwarming and lovely, this introduced me to several new artists I'd never heard of before. Oct. 9 at 4:30pm and Oct. 10 at 4:15, plus virtual.

"7 Days" - A romantic comedy set during the beginning of COVID that manages to be charming and funny while simultaneously being touching and beautiful. Check last week's writeup (still available at bendsource.com) for a more in-depth look. Virtual.

"Everything in the End" - A haunting cry for empathy at the end of the world. The Icelandic cinematography is breathtaking. Check last week's story at bendsource.com for a deeper look. Virtual. 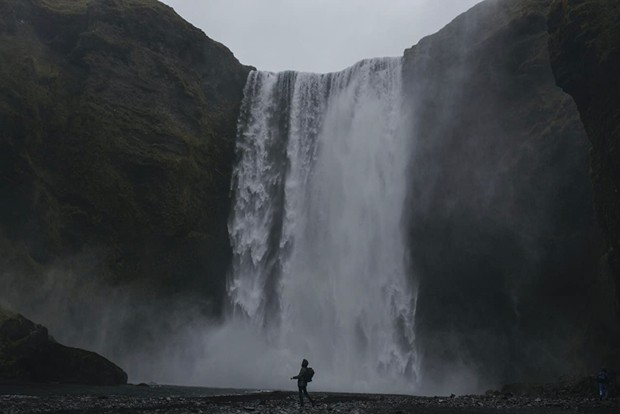 "Cinema of Sleep" - Proof that genre can be an entire mood. Virtual.

"Grasshoppers" - An uncomfortable and honest look at a relationship starving for air. Heartbreaking and emotionally intense in ways that most films won't even touch. The two best performances I've seen in a film all year. Exhausting and unforgettable. Virtual.

Related Music Videos at BendFilm: Ten artists will feature submissions during the first year of the new highlighted category

While screenings of blocks of short films have always been part of BendFilm, this year each short block has a name, and a theme. Below are two of the "shorts blocks" and what they entail.

"The Unexpected" Shorts Block - Chock full of the weird and wonderful if that's your thing. Virtual. Includes:

"Inheritance" - How to get rid of a nasty ghost infestation. Finds a perfect balance between absurd and creepy.

"The Binding of Itzik" - Exploring kinks, one email at a time. Funny, sweet and incisive in its look at intimacy in all its many beautiful forms. One of the most sex-positive short films I've ever seen. I invented a word to describe this short: Kink-couraging!

"Freezerburn" - A bonkers romance about magical cat people, exploring our sexuality and the disturbances of intimacy.

"The Tale of the Daughter" - A quirky and perfectly calibrated comedy about a young woman taking care of her hateful, sick mother and the ax that comes between them.

"On the Verge" Shorts Block -Filled with some of the most powerful and intense short films I've seen in years. Virtual. Includes:

"Lost Kings" - A very intense short about the lengths we will go to when completely out of food. A beautiful slice of empathy and understanding.

"Jungle" - Waking up to the worst moment of your entire life. Pulse pounding.

"The Ref" - Sometimes a second-grade basketball game can be the most intense thing ever.

"Vlada Goes to London" - Finds the universal in the personal. Such good vibes. This is one of THE filmmakers to watch from this festival.

BendFilm's Selin Sevinc, the head of festival programming, and Executive Director Todd Looby have done a truly remarkable job curating this year's festival, with choices so diverse and harmonious that there's not really a single film that I wouldn't recommend. Have fun diving into this phenomenal lineup.