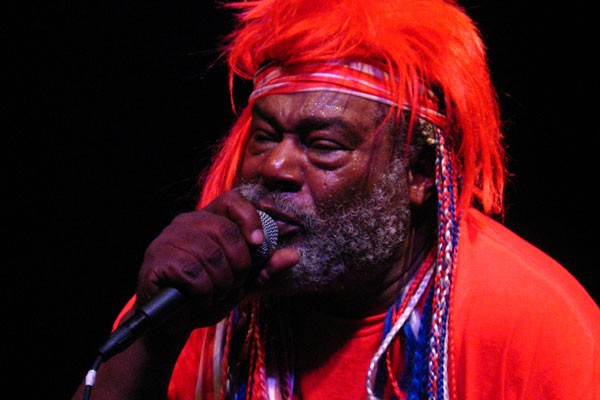 In a recent Rolling Stone interview, Mr. P Funk himself, George Clinton, describes an alien encounter he had. But he also delves into his extensive knowledge of music—from doo woop to jazz to what he's best known for—funk... and that last bit is why we'll be at this week's show, front and center.

While thinking about this week's show, another thought occurred to us: local music promoters Parallel 44 Presents and Red Light Productions teamed up to bring Mr. Clinton to Bend. That's neat and all—but what's really remarkable is that it marks the 1,000th show for Parallel 44.

Shout out not only to Parallel 44 Presents and Red Light Productions, owned and operated by Gabe Johnson and Johnny Davis, respectively, but all of the concert promoters working to bring incredible musicians to Bend. For their 1,000th show, along with Red Light Productions, Parallel 44 presents one of the biggest living legends in music—Mr. George Clinton and Parliament Funkadelic! And to all Bend concert promoters, thank you for working hard and continuing to raise the bar for live music in Central Oregon.