Abstaining from booze in a town that loves to drink

Nothing screams Christmas quite like a piping hot mug of spiked eggnog. Nothing signifies the end of a year like countdown followed by an enthusiastic champagne toast. Holiday drinking has become nearly as traditional as tree decorating and ball dropping; no matter where you are in the country, it's difficult to escape the prevalence of boozy holiday events. This is especially true of Bend, home to the third-highest number of breweries per capita, according to a 2018 study conducted by Chicago-based C + R Research. 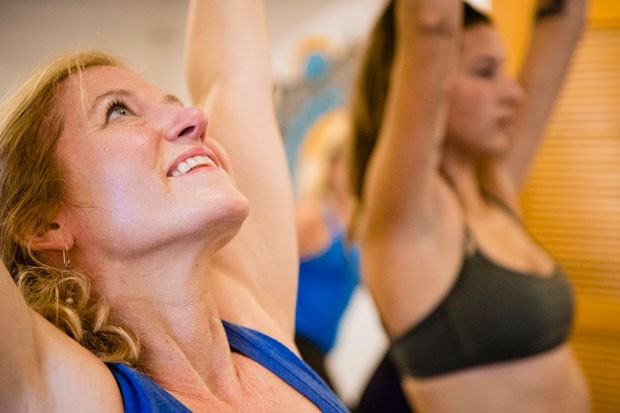 But what about those who don't drink? As it turns out, there's a growing sober community in Bend. Still, sober-friendly holiday events are hard to find.

"This is actually our 13th year of business with local rehabs and the recovery community," she explained. "I think it's important that people become increasingly aware of sobriety and the sober curious movement, especially in such a beer town." She went on to describe how it can be easy to write someone off as either pregnant or alcoholic as soon as they say, "I don't drink."

"It's important to get rid of the stigma surrounding not drinking. We wanted to create a platform where people can experiment with no need to explain themselves. Just because you aren't drinking, it doesn't mean there's anything wrong with you. It's just a choice."

Since its birth in New York City, "Sober Curiosity" has gained rampant popularity, and a lot of backlash. While some embrace the idea of trendy mocktail bars and switching out shots for seltzer, others believe that the importance of sobriety shouldn't be minimized or muddled.

In a recent interview with The Guardian, Ruby Warrington, deemed the leading voice of the movement, stated, "There's this idea that you're either a problem drinker or an alcoholic, or a normal drinker who has no issues with alcohol. More and more we're seeing there are shades of grey when it comes to dependence on alcohol." She believes long-term abstinence shouldn't be considered a fad. "Talking about sobriety as a trend is not OK. The point of sober curious is to differentiate between those of us who have the privilege to be sober curious and perhaps dabble [in alcohol] here and there, and those for whom drinking and alcohol is a mortal danger."

“Beer is woven into the culture of this town. I have personally witnessed people who are not drinking at gatherings be asked about why they are not drinking, and then have to explain it, which can create its own feeling of isolation and disconnectedness.”—Peter Allen tweet this

Berlin describes the Sober Curious movement as one about acceptance and de-stigmatization. "If you don't want to drink, that's completely OK. We want to encourage people to come as they are, not as they think they should be."

Local therapist and addiction specialist Peter Allen weighed in, saying, "I'm supportive of people intending to reduce their intoxication levels, and relating to each other without the use of alcohol or other drugs. I'd like to think it also helps people develop confidence; they can socialize and find a community of like-minded folks while not becoming inebriated. There is so much trauma in our society connected to substance use, abuse and addiction that for many people there is no separation there at all."

Allen added, "Beer is woven into the culture of this town. I have personally witnessed people who are not drinking at gatherings be asked about why they are not drinking, and then have to explain it, which can create its own feeling of isolation and disconnectedness."

Being sober over the holidays may not always be easy, Allen admits. "I would encourage anyone to also focus on the health benefits, the safety and the feelings of control and mastery they might experience from a sober holiday season, as opposed to focusing on the judgment of others or the FOMO [fear of missing out]," he said.

Namaspa's event will consist of healthy finger-foods, a dessert bar, karaoke, a silent auction, and a heap of kid-friendly activities. "We'll have a dance floor for kids and adults, so we can all raise hell and still feel ready to tackle the first day of 2020."

Ironically, 10 Barrel West (right next door to Namaspa), will be donating $1 of every pint sold to the Namaspa Foundation on New Year's Eve. The Namaspa Foundation is a 501c3 nonprofit, dedicated to bringing the healing powers of yoga to community members who need it most.