The "Little Stones" doc inspired a weekend of workshops. Now the search is on to find a home for the event's mosaic project. 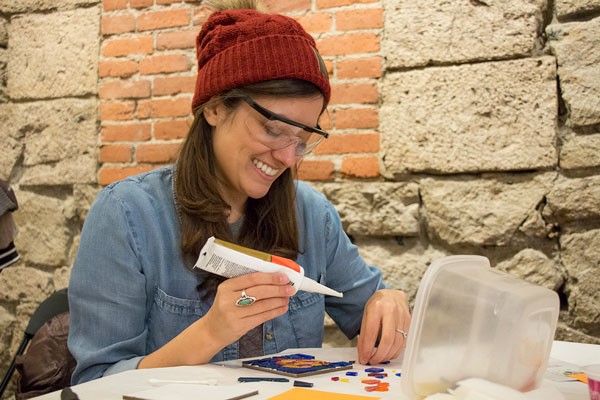 f you happened to stop by the Liberty Arts Collective during November's First Friday Art Walk in Bend, you may have witnessed many helping hands busy at work putting together a mosaic of colored tiles.

The mosaic, once finished, will depict a large ripple in water emanating from a stone's throw—an allusion to something activist Alice Paul once said about the American women's suffrage movement:

"I always feel the movement is a sort of mosaic. Each of us puts in one little stone."

"The whole reason I did the ripple, is that I want to be a catalyst for change here," said local artist and workshop organizer Rochelle Schueler, who hopes to find the mosaic a permanent home in Bend once it's complete. 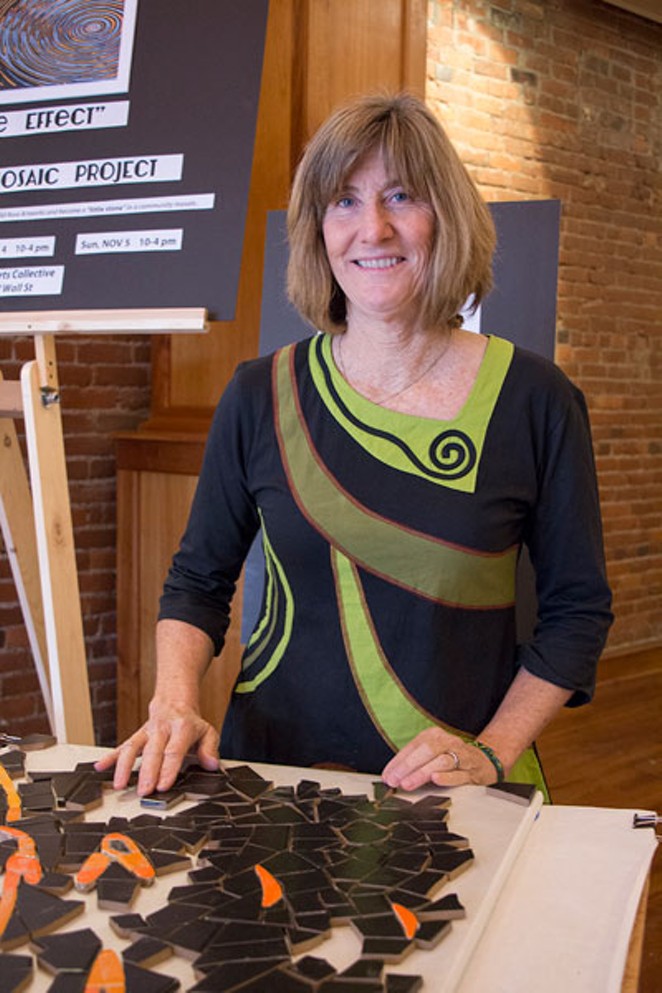 The workshop was one of three—including mosaic, painting and spoken word workshops— organized for the Little Stone Project, a four-day event inspired by the documentary film "Little Stones." A Thursday night screening of the film at the Tower Theatre kicked off the weekend of free workshops, education and a marketplace that featured companies and goods that benefit social causes.

The film chronicles the artistic endeavors of four women—a graffiti artist, a dancer, a hip-hop artist and a fashion designer—all using their art to promote change in their communities in different parts of the globe.

"Little Stones" is the first project by Driftseed, a nonprofit that Emmy-award winning director Sofia Kruz, the film's cinematographer Meena Singh and her cousin Ankita Singh founded in 2015.

Their goal is to build "a better world for women and girls" through documentary storytelling —a world in which one in three women experience physical or sexual violence in her lifetime, according to a 2013 study by the World Health Organization.

"For me it was really important to tell individual stories about women who know the odds and know what they're up against and how big the problems are," said Kruz. "Yet, they're still figuring out ways to do something about it."

Event organizer Cheryl Parton was inspired after working with Sudara, a clothing company that advocates for human trafficking survivors.

"The idea is to not just be a film, but to be a movement for social change," said Parton. "So how can we do projects like this and go deeper?"

The Little Stone Project raised upward of the $1,500 goal as well as raising awareness for Saving Grace, a Bend nonprofit that aims to "break the cycle of violence" through education and empowering survivors of violence.

The final resting place for the "Ripple" mosaic has yet to be set, but those interested in following the progress of the art installation can find updates on the Little Stone Project or Wild Rose Artwork Facebook pages.