Powering your home is attainable + affordable

Central Oregon is blessed with abundant sunshine and long sunny summer days. It's one of the many lures that bring people here to relax on vacation and inspire many to consider relocating here. Driving around Bend and neighboring communities, it's become observable that more residents are installing solar photovoltaic systems on their roofs, taking advantage of the plentiful sun and converting it into electricity to power their homes and even cars.

Solar power not only increases a home's value—a Zillow study showed that similar homes sold for an average of 4.1% more with solar panels installed than without—but it gives homeowners a way to control the uncertainty of future electricity costs and offers a stable power supply. 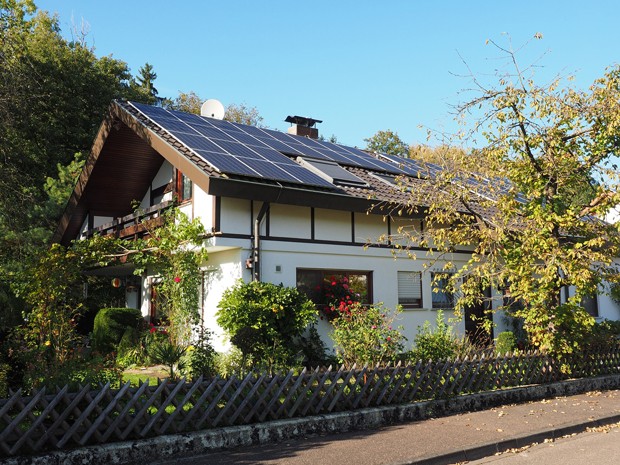 Solar-system installations on homes have become easier to obtain, are more visually attractive and affordable to purchase due to an abundance of installation companies and financing options available. Besides paying for a system outright, homeowners can use a home equity line of credit or use one of many financing companies that will allow 0% down financing. A monthly finance payment would be similar to a monthly electric bill, except it's like paying one's self instead of the electric company, and the solar production would eliminate the power bill for most of the year. After the system is paid off, the electricity is essentially free.

There are large-scale, commercial solar power production facilities in Oregon and Washington and a few speckled throughout Central Oregon as well—one noticeable on the eastern side of Highway 97 just south of Redmond. Solar power production has actually become less expensive than coal, gas and nuclear power options in most countries, according to the International Energy Agency.

During the first quarter of 2021 in the U.S., 5 gigiwatts of solar photovoltaic capacity was installed, pushing the overall total to 102.8 GWdc. The equivalent to powering 18.6 million homes, according to the Solar Energy Industry Association. This first-quarter growth of solar installations made up for 58% of all new electricity generation capacity in the U.S.; wind power made up for most of the rest. At this rate, it's anticipated that the U.S. solar industry will increase production an additional 160 GWdc in the next five years.

It took 40 years for the U.S. solar industry to accomplish the one-millionth installation, and three years later, in the beginning of 2019, the U.S. surpassed two million solar system installations. Projections indicate that there will be four million installations by 2023 and that is expected to quadruple by 2030. This is not a fad; this is a movement that is gaining serious momentum.

With changing weather patterns and the global climate emergency becoming more apparent in 2021, many are asking what can be done to reverse these negative human-made effects on the earth. This is one avenue toward creating pricing stability for personal and community power, while eliminating the need for current fossil fuel and nuclear power production, in turn making them obsolete.