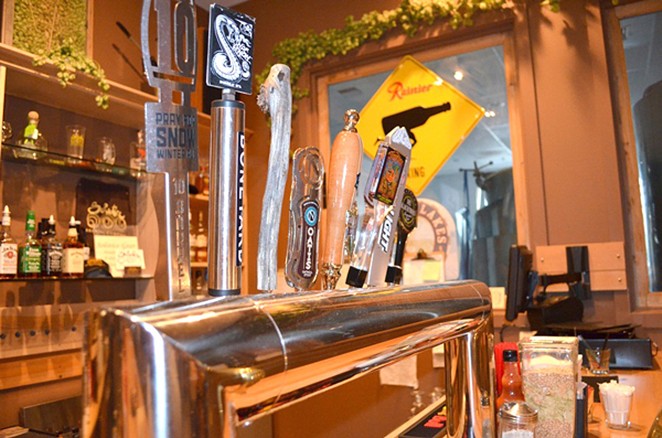 The Prineville-based brewery now formerly known as Solstice has never been shy about its roots. When it released its first beer back in 2012, the brewery reclaimed a not-uncommon slur for the city, calling it Prinetucky Pale. So it's only fitting that the new name—Ochoco Brewing Company—honors the operation's Crook County origins.

The name also harkens back to the first known brewery in Central Oregon. No, not Deschutes. According to local beer historian Jon Abernathy, the short-lived Ochoco Brewery, founded in Prineville in 1882, holds the honor of being first.

“My wife and I grew up in rural Eastern Oregon and we’ve made Prineville our permanent home, and we believe a name like Ochoco Brewing will cement us in the DNA of Crook County," owner and brewmaster Joseph Barker explains in a release.

But the brewery hasn't just been hanging out Prineville. Rather, it's been reaching out into larger Central Oregon community with regular showings at events like Bend Brewfest, Fermentation Celebration, SMASH Fest, High Gravity Extravaganza, and Winter Ale Festival.

“We’ve been blown away by the growth and reception of our pub here in Prineville,” Barker says.
In its first year, Ochoco Brewing Company brewed 370 kegs of beer, most of which were sold at the pub. By 2014 that rose to 425 kegs, as well as distribution at other local restaurants and pubs. Ochoco's brews can currently be found at pubs and growler stations in Bend, Sisters, Madras, La Pine, and Sunriver.

"Given our current growth, we'll outgrow our current brewery in the next twelve months. I definitely see the potential for other changes in the future as we look to grow our production and distribute beer beyond Crook County,” Barker explains.

Ochoco Brewing formally kicks off the rebranding at a launch party Friday, May 22.