Solutions to the Housing Crisis

If the market won’t fix this mess, is it time for the state and local governments to step in?

The year 2019 was a successful year for advocates of more affordable and equitable housing policies in Oregon.

Oregon legislators passed the first state-wide rent control bill in the nation. They also put an end to single-family zoning throughout the state. Bend took the lead on this policy by allowing du-, tri- and four-plexes throughout the city in 2018, the year before the state passed the same thing via HB 2001.

Bend developers jumped at the opportunity to build denser developments. Both Discovery West in NorthWest Crossing, and Petrosa, a new neighborhood northeast of Deschutes Market Road, include apartments and townhomes. This is a direct result of code changes from the City and will contribute to the inventory of missing-middle housing in the future.

While all these policy changes are a positive sign that both state and local lawmakers are taking the housing crisis seriously, in order to truly meet the current housing demand, they need to do much more.


If it's important to acknowledge housing as a human right, it's also important to call out the housing market for what it is—a failed marketplace with too little supply and prices that naturally reflect the shortage… And we better not rely on the private sector too much. Markets generally don't deliver anything for "below-market" prices… Accept that if you want to meet everyone’s housing needs in your community, the community is going to have to subsidize that policy objective.
-Kenny Asher, Director of Community Development at City of Tigard 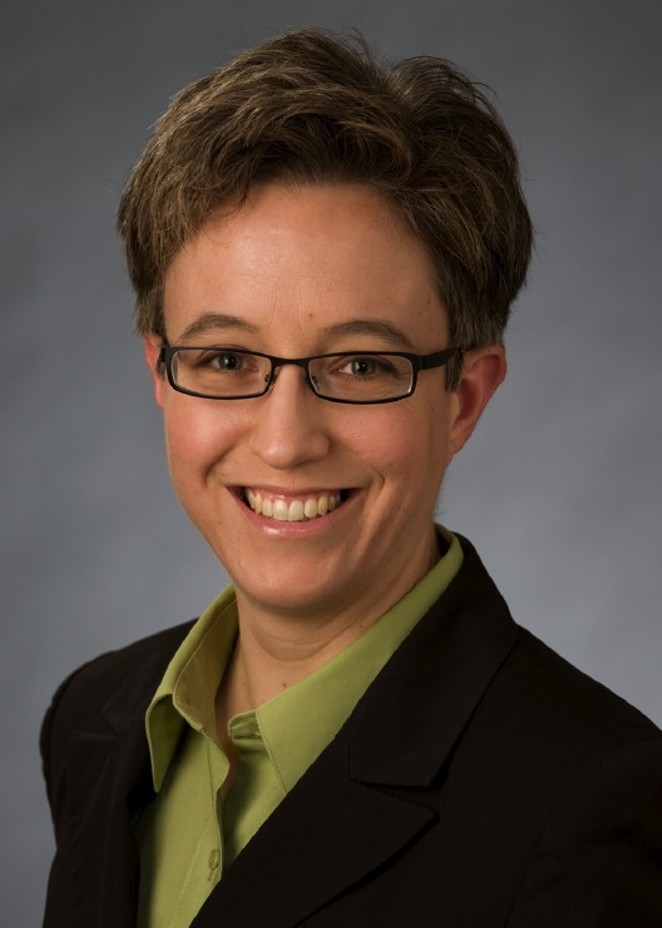 The state legislature is in the middle of its short session which occurs on even years. State lawmakers have a positive problem on their hands: the state’s revenues now stand more than $670 million above what state economists predicted last May, according to Oregon Public Broadcasting.

House Speaker Tina Kotek (D-Portland) wants to use the state’s current revenue surplus to help people experiencing homelessness around the state by declaring a Homeless State of Emergency.

“In the midst of a statewide housing crisis, I think it’s essential we direct some of our ending fund balance toward helping individuals and families experiencing homelessness get access to shelter,” Kotek said in a written statement. “I will be increasing my request for one-time dollars for serving unsheltered Oregonians from $40 million to $60 million.”

Housing advocates in Bend—including the Homeless Leadership Coalition and NeighborImpact’s Executive Director Scott Cooper—have caught wind of Kotek’s plan. Her bill, HB 4001, had money slated for Salem and Eugene, but little for Central Oregon. HLC put together a proposal and emailed it out to Rep. Cheri Helt (R-Bend), Rep. Jack Zika (R-Redmond) and HLC's contacts at Oregon Housing and Community Services. The next day, Helt and Zika asked for over $4 million to go towards a Navigation Center in Bend, and other funds to go towards rapid rehousing and services.

As of Feb. 13, Kotek’s request has not only expanded to include Central Oregon, but now includes a total of $120 million for a number of programs aimed at helping with the housing crisis, according to Danny Moran, Kotek’s communications director. Moran said these other programs include:

Gov. Kate Brown also wants to change the Oregon Constitution to levy a tax when real estate changes hands. Eight years ago, Oregon voters outlawed this practice by voting 59% in favor of Measure 79. Realtor's Associations and the construction industry poured millions into campaigns promoting the measure and claimed that transfer taxes would be a burden to homeowners and prospective buyers.

But Brown believes that—with the housing crash resolved, and a housing shortage in full swing—now's the time to reconsider. If the proposal makes it through the Oregon House and Senate, it would likely end up on the May ballot. The measure exempts the first $500,000 of a property’s value from the tax, and Brown wants the real estate tax revenues to go toward affordable housing. Most other states in the U.S. have some form of transfer tax.

While not on the agenda for the short legislative session, lawmakers in Salem have introduced several bills in past years that would narrow the state’s tax deduction for mortgage interest payments, and use the extra money for affordable housing. According to the Oregon Center for Public Policy, the state loses over $500 million annually for this subsidy that mainly benefits the upper class. In 2018, Rep. Alissa Keny-Guyer (D-Portland) introduced a bill that would limit the deduction for the highest income homeowners but the bill never made it out of committee. Gov. Kate Brown has expressed interest in reducing the deduction on second homes.

Bend’s housing market is distinct from the rest of the state. Nearly one-third of homes in Central Oregon are considered investment properties, meaning they're not occupied by the owner. Buying property in Bend is a huge win for investors because Bend property value is growing faster than many investments in the stock market. Nearly 30% of home buyers paid with cash in 2019, according to the Central Oregon Association of Realtors. Cash buyers/investment buyers tend to prefer luxury real estate, and this is also where developers and real estate agents make the best returns.

Today, most properties for sale in Bend are too expensive for the average person who works here.

According to a 2017 Landscape Report published by Bend 2030, “Only 13% of households in Bend earn between 125% - 175% of the AMI (about $75,000 - $100,000) and yet, almost 50% of the homes sold in 2016 closed in that price range. This reflects the strength of the second home or investment market, as well as Bend’s attractiveness to higher-income people from outside the area. In 2016, a full 30% of homes were classified as ‘non-owner occupied’ meaning that the property is likely an investment property such as a rental or second home…. The vast majority of surplus housing is on the market at a price point affordable only to households earning more than $150,000 a year or 250% of the AMI for a family of four.”

In this equation, both middle income and lower income people who live in Bend lose. The prices of land and the cost of construction is so high that it simply doesn’t pencil to build middle-income housing. With nothing at the low end, those making minimum wage or slightly higher must rent or buy homes above their means, gobbling up middle-class inventory, and those in the middle must then bid higher as well. Both groups spend well over 30% of their income on housing, according to the Bend 2030 report. 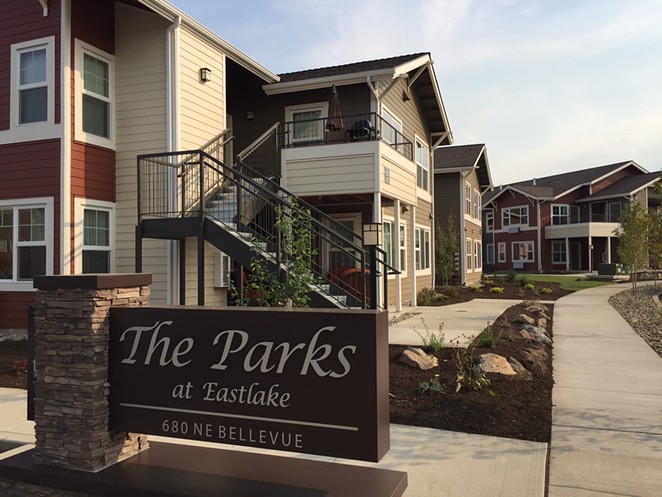 The Case For Socialized Housing

An article published by KTVZ in 2018 showcased a proposal on socialized housing by the People’s Policy Project. The authors suggest that at a time when building accessible housing simply does not pencil out for local developers, the City could use city-owned land and subsidize construction costs to build housing for people of all income levels. While higher-income tenants would technically subsidize lower-income tenants, all rents would still be below market rate. The projects would eventually pay for themselves, as rents would return the city’s upfront costs over time, eventually becoming a source of revenue. Mixing a variety of classes together in one housing project also has the added benefit of preventing some of the social ills that potentially emerge from public housing when it is limited to people with low incomes. These types of programs have been successful throughout Europe since the 1960s, according the article.

Juniper Ridge, 1,500 acres of land owned by the City in northeast Bend, could be one possible site for a project of this scale. While the land that the City of Bend owns inside the UGB is primarily zoned for employment purposes (industrial light), the City could work to change that in years to come (or expand the UGB further into Deschutes County). The City could then dedicate the profits from industrial land sales to the construction of whole neighborhoods of missing-middle and working class housing.

Bend’s former mayor Allan Bruckner once championed a similar idea. He told KBND that the City should build manufactured homes at Juniper Ridge to address “low-cost housing, which is the community’s biggest need."

Correction: The original article, publish on February 17, 2020 stated "Nearly one-third of homes in Central Oregon are considered empty, meaning they’re not occupied by the owner or even long-term renters." It was updated to reflect that they are investment properties, not occupied by the owner. The Source regrets the error. This data comes from p. 14 of the Bend 2030 Landscape Report.