Everyone knows horror legend and icon Stephen King can craft a tale so chilling it lingers in the collective consciousness with the staying power of urban legend. But those who write him off as nothing but a master of schlock are missing out on his equally expert grasp of character and normalcy. 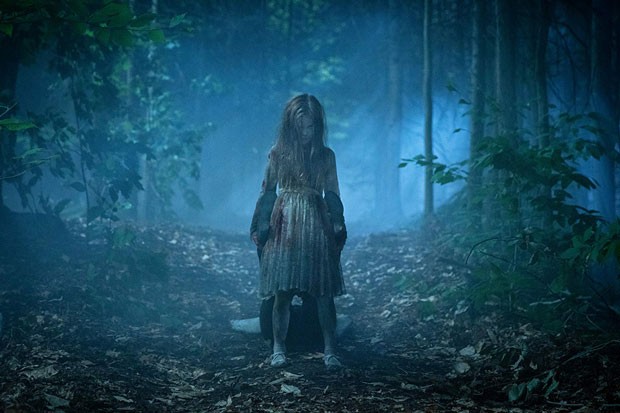 It isn't the evil clowns, obsessive fans or undead pets that make King's stories so scary, it's his ability to spin a nightmare out of the mundane details of normal life. His characters and settings feel like people we know and places we've been, so when the monsters arrive it feels like it could happen to us at any time, or that it is happening, at that moment, right past the corner of our eye.

King's tales with a family of protagonists often have a powerful center, and this dark modern fairytale about the afterlife is, at its heart, about loss of innocence and coming to terms with death. Pretty lofty ambitions for a writer still not really accorded the respect he's earned.

Jason Clarke and Amy Seimetz star as Louis and Rachel Creed, a couple with two young children who make the move to a picture-perfect rambling farmhouse in rural New England.

From here the movie takes a jagged turn into a darkness that is somehow only amplified by John Lithgow's mysterious appearance as a lovable grandpa figure with a suspiciously wholesome interest in the young family. You're not fooling anyone, John. When their beloved family pet Church the cat suffers a violent death, the Creeds are too torn up by their own traumatic histories of loss and grief to break the news to their cute young daughter. Instead, Louis carries the cat to the sinister cemetery deep in the woods to perform an ancient burial ritual that sets horrible, terrifying events in motion.

"Pet Sematary" might not have the lingering dread of the novel, but amplifies the atmosphere from the 1989 film version 10-fold. This new version (aside from an almost completely different third act) also has better performances and tighter direction, leading to a film that doesn't once lean into schlock or camp.

Purists who are looking for a faithful adaptation of the book or original movie might be disappointed, but this new trip through the Sematary offers a few detours while staying true to the themes of King's novel. What really matters is whether it's still scary—and my goosebumps tend to think so.