I love my boyfriend. We've been together two years. Recently, however, we've been experiencing conflict over the issue of children. He wants kids; I don't. I've always felt strongly about this, and he said he was fine with this when we started dating. But he's been bringing up the subject of kids a lot lately (I suspect because he's thinking about popping the question). The discussions have grown fraught—to the point where he was in tears at the end of an argument. I eventually said I could be open to kids because I love him and don't want to lose him. But can this be healthy for us long-term? 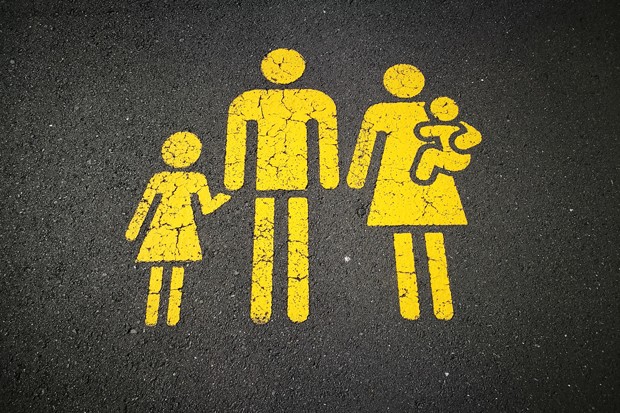 Though many things in life come with the opportunity to push the "back" button, once you have a kid, you have a kid. You can't just drop 'em off at the fire station if they turn out to be precociously criminal—already hot-wiring cars at age 7.

Deciding whether to have kids is a very recent state of affairs, coinciding with the development and availability of reliable birth control (starting in the late 1950s with the Lippes Loop IUD). For most of human history, unless a woman spent her fertile years all alone on one of those New Yorker cartoon desert islands, there was a good chance she'd have not just a child but the beginnings of a litter.

There's a widespread (and mistaken!) assumption that a woman who gives birth will immediately and unconditionally bond with her baby, explains anthropologist and primatologist Sarah Hrdy. Probably because of this, many people seem to believe the only thing stopping any woman from wanting a child is having yet to bring one into existence.

In fact, neither humans nor other mammals "automatically nurture each baby born," Hrdy observes. Clinical psychologist Idun Roseth and her colleagues, reviewing research on mother-infant bonding issues, report: "Most mothers find that feelings of affection come within a week from birth. However, some mothers are still struggling with this after many months. A small percentage may even have hostile feelings towards their infant."

In other words, the public has an overly rosy, sentimental—and scientifically incorrect—view of what's often referred to as the "maternal instinct." There is no such thing—and the term "instinct" is the problem. The actual scientific definition of an instinct is an innate behavior ("factory-installed"—present at birth rather than learned afterward) that members of a species perform automatically. An example is a baby's crying—alerting everybody in earshot, "YO! I HAVE UNMET NEEDS!" (Nobody has to send their baby to crying school. It automatically wails its little head off when it's wet, scared, cold, or wants a sip o' nippy.)

In contrast with automatic instinctual behavior, there's behavior that's learned as well as behavior that is only sometimes triggered in some members of a species. Accordingly, the misnamed "maternal instinct" would be better termed a maternal impulse or motivation.

The impulse to nurture one's infant is just one motivation that may arise in a woman. Hrdy has long emphasized that ambivalence and even rejection of an infant are other impulses a new mother may feel. (Unfortunately, the myth of instantly falling in love with one's infant is so pervasive and strong that women who don't experience this tend to feel there's something wrong with them.) In reality, "maternal commitment" tends to emerge "piecemeal," Hrdy explains, and is "chronically sensitive to external cues."

By "external cues," she means a woman's current context—such as whether she's unable to adequately feed and protect her infant. War, famine, postpartum depression, or even a new partner who doesn't want another man's child are contexts that may even trigger infanticide: a horrifying maternal impulse but a maternal impulse just the same. Thankfully, this impulse is relatively rare in our society, and many women (and men!) report "falling in love" with a child they never planned to have.

Maybe...possibly...you'd become one of those "in-love" women and be wildly happy you'd had children. However, in your email, you repeatedly made it clear that you don't want kids. You are only considering it because you love this man and don't want to lose him—which is quite different from wanting children.

You might ask friends who are parents to an infant and other young kids to let you spend a long weekend with them. Admittedly, this isn't the same as parenting your own kids, but it might give you a sense of whether you're actually up for the job—or whether you're like me. Personally, though I have great respect for devoted, loving parents, if I were in charge of a thing that screams like it's being eaten alive by a zombie, it would take about 20 minutes before there was grain alcohol in my coffee—and in someone's sippy cup.