Tornillo sits just outside of El Paso, Texas, and as of 2017 had an estimated population of 1,120. It was in this tiny town that the Montana-formed The Lil Smokies recorded its latest album. After immersing themselves into the environment and nature there to come up with a new take on the band's string heavy-roots sound, it makes sense as to why the group ended up titling the album "Tornillo." 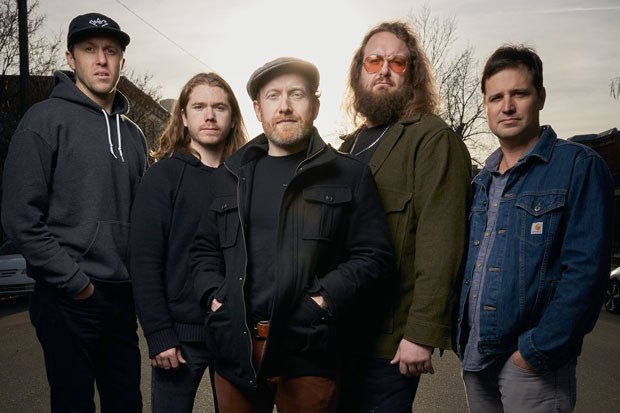 Off the jump, the album just sounds vast—like roaming through wide-open spaces. It would make for a great album to throw on during a road trip through the desert. If there's one thing The Lil Smokies have shown throughout their career, it's that its members know how to let the strings sing and not take away anything from the lyrics—something the band clearly hasn't forgotten on "Tornillo."

Most of the album feels like the soundtrack to searching.... searching for a way back home, or an answer to help get yourself back on track to whatever feels right. On "Wheel On The Water," the band is belting out its efforts to figure it all out: "I'm staring at a highway, holding to the light. Waiting on an answer, hoping for the time." This song comes in the middle of the record and is a grand moment to take in—making for one of my favorite songs on the album.

Following that is "Life Out There," a great little ballad and perhaps the most different-sounding song on the album. This is The Lil Smokies—who play Jan. 26 at The Domino Room in Bend— stripped down and showing its softer side and ensuring us that there is something out there for everyone. Other moments throughout the album offer this certain tenderness and reflection from the quintet, too. "Giant," "Always, Now, Never" and the title track, "Tornillo."

“I’m staring at a highway, holding to the light. Waiting on an answer, hoping for the time.”—From “Wheel On Water” tweet this

Of course, you can still expect great moments of instrumentation on the album—I mean, after all, it is The Lil Smokies. Some highlightable sessions include "Fortunes" and "Sharpest Edges."

"Tornillo" is a great change of pace for The Lil Smokies and makes for a successful third album. The band has expanded its sound, and in the process, it seems they've expanded themselves as well.