On Elisha David's new album, the artist takes inspiration directly from the roots of the Beaver State

The opening track to Elisha David's new album is titled "McMinnville, 1950." It's a significant moment in time for the fact that some of the most polarizing UFO photographs in history were taken that year. Later on the album there's a song titled, "Plain Feather (And the Elk Spirit of Lost Lake)," which recalls the tale of young hunter Plain Feather and the elk spirit that guided him near Mt. Hood. This recalls an ageless story that teaches the importance of respecting the wild. 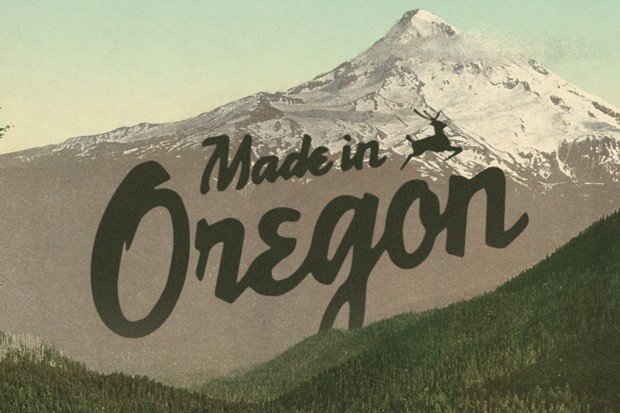 These little details and callbacks throughout time make "Made in Oregon," the aptly titled album, an intriguing listen.

"A few years ago, a friend introduced me to Sufjan Stevens. He released two albums for states, then had this marketing aspiration to make an album for each of the 50 states. I fell in love with his most recent album—which references a few Oregon landmarks—though primarily focuses on his absent mother's death," says David. "I thought it would be a fun, creative challenge to make something that lived in that sonic world, but with lyrical content that wasn't as heavy."

Oregon is an especially magical place. With its lush landscapes ranging from forests to deserts to mountains and oceans, there's a definite connection with the history here and the land making up the state. David covers a little bit of everything Oregon has to offer, matching the state's atmosphere with dreamy production and a lightness in instrumentation.

“A lot of the folklore I read made Oregon’s stunning landscapes seem holy in a way.”—Elisha David tweet this

"Most of the music I like to write is more similar to my first album, full of piano based songs with string arrangements and bells and flourishes. Some of that can be heard in a few songs on this new record, but the fingerpicking banjo, ukulele and guitar combination seemed to fit Oregon perfectly," David says of how Oregon inspired the project's sound. "A lot of the folklore I read made Oregon's stunning landscapes seem holy in a way, so I thought adding ethereal touches in the background fit really well."

"Made in Oregon" is not only a great listen, but it's also an excuse for us to dive into the state's history a little more and learn something new. For David in particular, he took it to even greater lengths, giving himself a different set of eyes to see into the past.

"At first, I had written all of the music with just a melody, not really any lyrics yet. I was tired of trying to write about myself and thought it would be fun to write about what my thoughts would be from the perspective of someone else," he tells the Source. "The title track is sort of my perspective of the golden pioneer atop the capital building in Salem, the statue seeing the history of Oregon take place. I think a lot of the album follows that perspective."

The album was actually recorded in a soundproofed space right by Pilot Butte, one of Central Oregon's most famous landmarks. This was a definite learning and growing experience for David, and the outcome is one he hopes Oregonians can appreciate.

"Most everyone in Oregon comments on how beautiful everything around us is, and old folklore seems to have held it very sacred. I hope the songs help describe that."