Over the past several weeks, the Source has been running an online survey asking locals to weigh in on their favorites among five wintertime soups. A classic tomato soup was high on the list of finalists, while French onion—simple yet seemingly fancy—hardly ranked at all. Beef stew, another option, didn't get many votes, and neither did potato leek. But broccoli cheddar? That was a fave. Find this classic at local places such as Croutons and Togo's, but if you want to make your own for a warming holiday side, try this variation, adapted from a recipe from Oregon State University. By using veggie broth, this can be a vegetarian option, too. 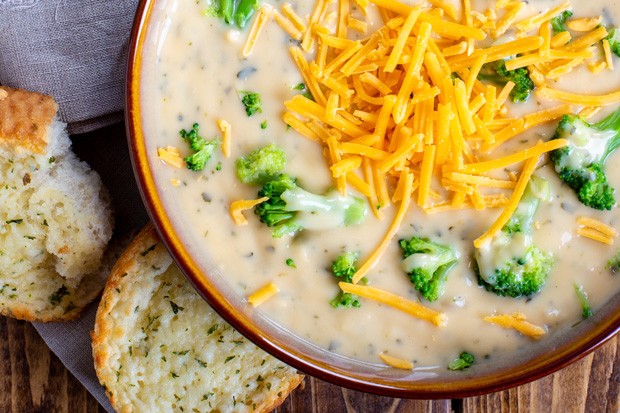 Sauté the butter, onions and carrots in a medium pan until the onions are brown. Add in the broth and the broccoli and cook until the broccoli gets tender. In a separate pan, add milk and stir in flour slowly. Stir that mixture into the first pan, bring it all to a boil and keep stirring until the soup gets thicker. Add the cheese and the pepper and heat over low heat until the cheese melts. Then serve!