Releases from local artists you don't want to miss

By now everyone on your family and friends list has seen your Spotify Wrapped list, as many people shared their listening favorites and habits from the past year earlier this month. But those lists aren't always complete, and you might be missing a little local love on there. So to help you stay tuned in to the scene this year, here are some of the best pieces of music from Central Oregon artists in 2021. 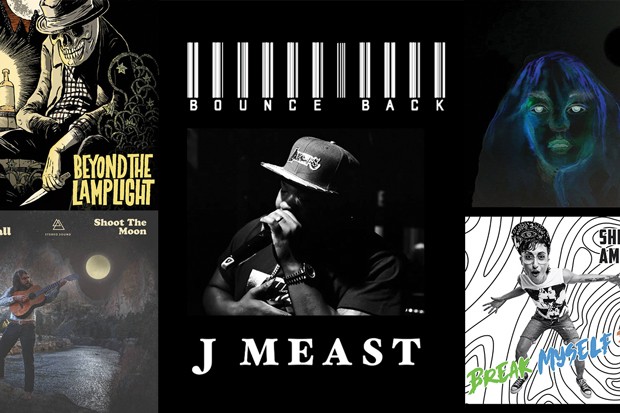 "Shoot The Moon" by Jeshua Marshall

Marshall's first solo album is a folky and jazzy collection with a little bit of punk tossed in the mix. What makes his first record so special is truly the writing. Marshall opens up and is vulnerable for most of the album, whether his reflection after a loved one's death on "Dragonfly," or his stand against police brutality on "No More." You get it all here. The title track off the album is also one of the best standalone songs to come from Central Oregon in a while. Marshall has only further made a name for himself around town with this one.

If there was a group to be most excited about going into the new year, it would have to be Black Currant. Formed during the pandemic, Black Currant is made up of singer/songwriter Kelly Martin, guitarist Brigham Rockwell and bassist Mollie Hicks. Its debut EP gave us just a taste of what the trio can accomplish, with four songs that have found that sweet spot of hauntingly beautiful indie pop music. Martin's vocals are rich and a showstopper, but these pulsating beats under her tone make for this hypnotic effect that you can't ignore. I can't wait to see what Black Currant does in 2022.

"Bounce Back" by J Meast

This track is an important one for anyone who has felt a setback this past year, and also a good reminder to everyone who has struggled throughout the pandemic. For Meast personally, this song came to be following the passing of his brother and the mental health struggles that followed. You can really hear the passion behind Meast's lyrics and in his tone, which is what makes this song so meaningful to anyone who listens. You can hear both his pain and sincerity as he aims to pick himself back up.

"I feel like I got the whole world on my shoulders, but I can't let my family down it ain't worth it," raps Meast. Not only is it an honest display of hip-hop, but the execution is equally as strong.

For those looking to get those feet moving and blood pumping, this self-titled four-pack EP is just the thing you seek. This is the first music we have heard from Beyond The Lamplight, a group made with former Larry and His Flask singers Ian Cook and Andrew Carew, along with Dayne Wood of The Firing Room on drums, Brandon Prinzing of The Old Revival and Sam Fisher of the Roof Rabbits. These C.O. music vets pack a huge punch in their rock 'n' roll, bluegrass jams. This would be a good one to throw on during New Year's Eve. Especially the raucous and lively "Drink It On Down."

"Break Myself Free" by Shireen Amini

Earlier this year Shireen Amini shared with me that "Break Myself Free" was meant to show people that "It's joyful to be who you are," and this project definitely accomplishes that in both sentiment and feeling. Even from the album's opener, "Let Go For Now" you feel this sense of kinship and encouragement coming from Amini's end, with upbeat patterns and messages. The whole message of the album is backed by its freewheeling rock, R&B and pop sounds, making this such a fun and inspirational listen.