The debut project from Bend's Groovasaur slightly reminds me of the soundtrack to Spyro The Dragon — which is probably my favorite video game soundtrack of all time (If you didn't know, it was actually scored by The Police's Stuart Copeland). One reason is its mystical cover, and the other is simply the music. The self-titled EP is a breezy instrumental project, filling your ears with rapid runs of keys, dreamy guitar riffs and sturdy drum beats. It's jazzy. It's rocky. It's funky. It's Groovasaur. 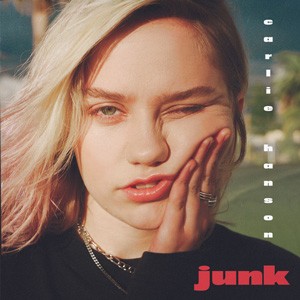 This 19-year-old Wisconsinite is a special talent. Not only can she craft pop masterpieces, but she might even start beatboxing in the middle of one—which is exactly what Hanson does on "Bored With You," the lead track. The young singer combines elements from rock, hip-hop and pop into an even-keeled blend that's fun to listen to. Hanson's lyrics are raw anecdotes from her teenage years and everyday life– but they aren't always easy. "Hazel," a punk-laden distress call, is actually a song about one of her friends going through a rough and drug-filled patch, Hanson told Billboard. So if you're expecting cookie cutter, bubblegum pop then you might want to look elsewhere. It's Hanson's edge that truly makes her shine.

One of the earlier bands big on the alternative folk scene was Chicago's Fruit Bats. The original project of Eric D. Johnson—also formerly of the Portland-based band, The Shins—has seen a lot of changes throughout the years but has held center with Johnson as the nucleus. On "Gold Past Life," Johnson keeps the music light and wandering– almost like you're adrift at sea or slowly flowing on the Deschutes River. His light falsetto is a gently placed overlay to the groovy, yet relaxing instrumentation on the album. I highly recommend mellowing out to the Fruit Bats– it's a perfect soundtrack for basking in the glows of the sun.

Dave B. is really good at rapping—and matter of fact, at singing, too. As one of the Pacific Northwest's own, the Seattle-based artist already has one of my most-played albums of the year and it just came out this month. Dave commands attention with his unique and shapeshifting tone—in the same manner that Andre 3000 and Q Tip have done for years. "Bleu" is a 10-track mix of summertime hip-hop and R&B that sounds just as good in the daylight as it does during a twilight walk to the nearest Safeway. And to top it off, the run of "Peace," "Window" and "Darling" might be the best opening sequence I've heard this year.

Five For The Rotation