Local, regional and national highlights in music from the month of October

On Oct. 30, the Rock & Roll Hall of Fame held its 36th induction ceremony. The performer category this year included the likes of Tina Turner, Carole King, The Go-Go's, Jay-Z, Foo Fighters and Todd Ludgren, along with several others in different categories. As the years go on, the list of inductees for this honor becomes more and more diverse—a callback to the sentiment of what rock & roll really was about: pushing boundaries. This is something Jay-Z noted in his acceptance speech, as he was inducted during his first year of eligibility.

"You know, growing up, we didn't think we could be inducted into the Rock & Roll Hall of Fame. We were told that hip-hop was a fad. Much like punk rock, it gave us this anti-culture, this subgenre, and there were heroes in it," recalled the man also known as Shawn Carter.

These types of awards point to the continually changing spectrum of how music is thought of and how the idea of genre is even considered. Music is becoming more fluid, and while the sound of rock & roll isn't sometimes what the Hall of Fame's inductees were known for, it's the spirit that earns them their flowers.

Giving flowers is important, and we were gifted with some awesome music in the month of October—so in Source Material we like to return the favor. Check out these recommendations below to get your fix from the past month in tunes and give these artists the flowers they deserve. 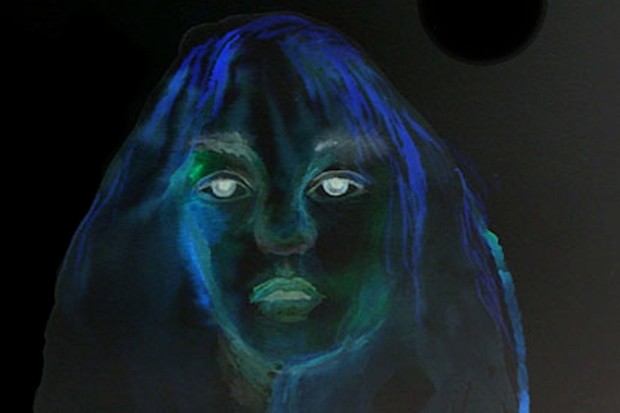 Born out of the pandemic, Black Currant is the musical project of Bend's Kelly Martin. What started out as a solo endeavor has now grown into a full band with Brigham Rockwell on guitar and Mollie Hicks on bass. Black Currant officially released its debut EP, "Split," toward the end of October, and it truly couldn't have been put out at a better time. With darker textures and electronic influence, "Split" is an eerie grouping of pop tracks—but in the best way possible. Martin's vocals sound like they come from a higher power, hovering above the bellowing bass and drum machine patterns as vivid ghost-like stories unfold. It truly was the perfect EP for the Halloween season. And although the holiday has passed us now, I would recommend giving it a listen on Bandcamp. Black Currant's next show is Friday, Nov. 5 at Bunk N Brew in Bend.

The amygdala is a region of the brain that helps humans process emotions— both unpleasant and rewarding, and is located in front of the hippocampus. It is also the title of Profit Drama's (Trevor Martell) latest album. What unfolds on the second Profit Drama album is 37 minutes of glitchy alt-rock and pop that stretches us to face different demons in life—the weight of anxiety on "hi Pressure," self-indulgence on "Narcissisco," and more. This is a very complete body of work that seems to take influence from all over the board of music. Some songs make you want to dance; others you'd rather be at home alone in your room.

The biggest rapper from Portland is back with another track and another iconic music video to go with it. Titled "Charmander," and presumably named after the fire-lizard Pokemon for both the absolute heat the song brings, and the fact that in the series Charmander finds himself as a bit of a loner and not finding anyone to trust—which is what Aminé raps of on the track, living on an island, and keeping to himself. The Lido and Aksel Arvid beat is up-tempo and infectious, and before you know it the song ends and you want to run it back. Well-executed and fun music videos have become a staple to Aminé's artistry, and "Charmander's" is no different. With dogs the size of Clifford, Portland forests, distorted faces and more, both the video and song will be stuck in your head hours later. This is Aminé's first release since his sophomore album "Limbo," so hopefully this means the Portland MC is cooking up some more music to be put out in the near future.