Hopefully by now you've gotten those jack-o-lanterns carved, a truck-full of candy ready for the taking and your Michael Meyers masks dusted off, because we're officially reaching the peak of spooky season this weekend, people!

To help you elevate those scary vibes around the home for those trick-or-treaters or at your Halloween festivities this weekend, this installment of Source Material is highlighting a few new projects dedicated to the music of the horror genre. 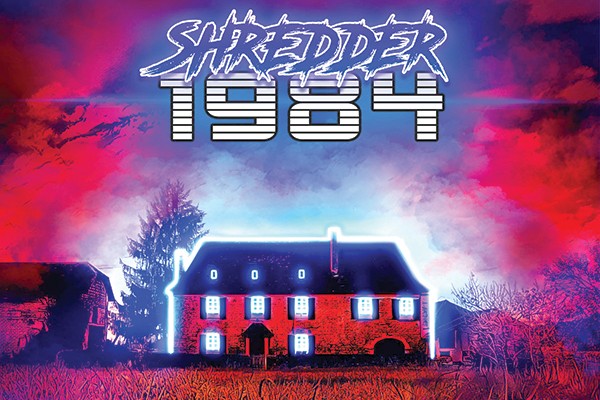 The darksynth stylings of producer Steven Schriver come all the way from Biarritz, France. Schriver is the mind behind Shredder 1984, who releases music heavily inspired by horror movies and video games. His latest album, "Presence of Evil," pulls a ton of inspiration from '80s slashers and Schriver goes wild with his synths. It's like you're being hunted by a robot version of Freddy Krueger. Schriver's last couple of albums have been heavy on guitar shredding, so if you're more into that don't be afraid to take a look. 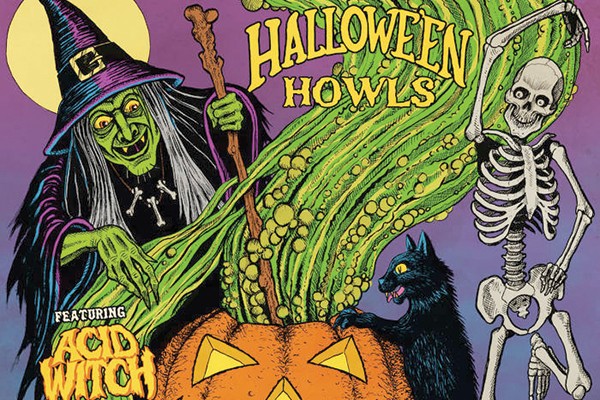 Slasher Dave of Acid Witch is always on the ball when it comes to horror-themed tunes, but this month the Detroit musician has especially killed it. The first of his releases this month was for the single "Disco Drac," a funky track inspired by Daft Punk and Michael Jackson's "Thriller." It's a true Halloween dance jam that will get you boogieing. Then with "Halloween Howls," a 10-track album, Slasher Dave combines a playful potion of metal and horror-tinged synths that were inspired by movies like "Goblin" and the "Halloween 3" score. It features a ton of fun voice clips of monsters and respectful citizens, evil laughter and legit witch cackles. The closer on the album features his band Acid Witch, which compiles a ton of cat screeches and bubbling noises in a non-annoying way—which is perfect for a song called "Witch's Brew."

OK, this one is both funny and spooky. Vincenzio Salvia, a producer from southern Italy, crafted a whole concept behind his latest project "They Speak Italian." In this world, a new political regime enforced laws that required Italians to reduce their carbohydrate consumption—which began turning the population of Italy into zombies due to unnatural nutritional imbalances! The horror. The project pulls from '80s glam rock and chillwave in a great way. In the end a group of influencers is able to save Italy and restore the people back to their right carb levels. One of Salvia's songs was actually featured in the first episode of "Stranger Things" season 3, when Billy flirts with Mike and Nancy's mom, Karen, so you know this one is going to be good. 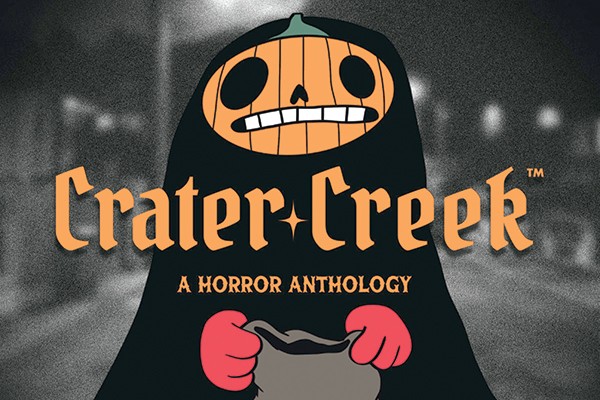 This is the most different album in my roundup by far, but in the best way possible. Coming all the way from Glasgow in the U.K., Crater Creek creates "Halloween-themed emo power-pop." You can't tell me a detailed song about transforming into a werewolf clown or a pop-punk song about robot witches from hell isn't a good time. This one has a little something for everyone who grew up jamming to emo pop and rock in middle and high school. There's no better time than the fall to relive those days, so why not get festive with it? This album will keep you in a light mood for the evening and get you pumped to take on the horrors that sprout up around Central Oregon this weekend.