Source Material: Albums of the Decade

The 2010s are coming to a close, people! We've seen a lot happen over the last 10 years, and the music industry in particular has gone through many changes. Streaming services have taken over and the constant need for content has caused artists to get music in front of listeners at a faster rate than ever before. But this also means people have had access to a lot more music than ever before. 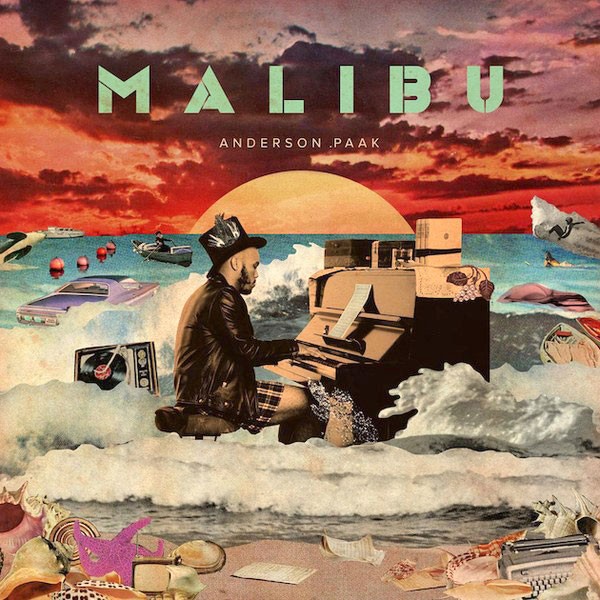 Even with that breakneck pace, the quality of music throughout the decade has still been pretty awesome. As we saw new stars rise—Lana Del Rey, Drake, Lizzo and Kendrick Lamar to name a few, we also saw some fall along the way—Phife Dawg, David Bowie, Chester Bennington, Mac Miller, Prince and most recently, Juice WRLD. Their contributions to music will never be forgotten.

The landscape of music is always changing and evolving—but it's good to remember what we used to enjoy and why we enjoyed it in that moment. So, I reached out to a few local musicians to share some of their favorite projects from the last 10 years for our end of the year Source Material. You might want to give these albums a spin.

"Out of all the gems of the 2010s, one that I listened to most has got to be 2016's "Malibu" by Anderson .Paak. This record hit me on so many different levels. From its opening track, 'The Bird,' which paints a picture of his come-up and love for his family, then smoothly transitioning right into 'Heart Don't Stand a Chance,' a groove-filled track with sultry vocals and a subtle piano melody carrying the song from verse to chorus.

"Some extremely talented artists are featured on this record, including my favorite Emcee of this decade, Rapsody, on 'Without You.' Paak proves himself as a singer/rapper/drummer and ill producer all in one tight package. An artist and album like this helps bring the spotlight back on how artistic hip hop can be. With a slight drought in lyricism and creativity in the genre in recent times, folks like Paak are bringing it back around to true intent of the art form and culture. He's definitely an artist to keep an eye on as he stretches in his artistic abilities in the upcoming decade and beyond." – Jeshua Marshall of Guardian of the Underdog, Larry and his Flask.

"Harmony of Difference" by Kamasi Washington, 2017

"'Harmony of Difference' was a gift given by a good friend. While listening, I have been thinking about our town; where we are and where we are going. I am equal parts clear and confused. I am equal parts distrustful and devout. This town has a long way to go and I do not see a finish line for us. I see a horizon line. On this journey, we will have strong feelings that run perpendicular to the aspirations of a town taken with taking. Can I make space for that which I do not understand in a town that is running out of room? I do not know. My perception, like yours, is limited. I do know that I can listen to the 'Harmony of Difference.'" – Jason Graham, MOsley WOtta.

"The cliché for any music lover selecting a favorite album is, of course, that they can't. In all honesty though, while I did skip over more than a handful of life-changing releases, the first album that came to mind never left. As 2018 saw a decade began to close itself out, Portland outfit Typhoon put out a record called 'Offerings.' Although their previous releases had certainly been high on the list, this one hit differently. On the very first listen this one shook things loose in me that I didn't know existed. From the haunting fuzzed out choir opening, to the closing refrain that sounds, and feels, like friends gathering for a final celebration of a life well lived, 'Offerings' brings me to tears with every listen. I can't think of an album in the last 10 years that has told a more impactful story over the course of an hour. Anytime I lose the threads between an opening track and the end, this is the record I come back to." – Elijah Goodall, This Island Earth