Deb Schoen was sworn in as the newest member of the Bend Park and Recreation District Board of Directors on Tuesday. Schoen had a 40-year career working for the Tualatin Hills Park & Recreation District and has lived in Bend for around six years. While here, she's continued her work in parks, commuting back and forth between the two places.

The board position—which came open when Lauren Sprang stepped down—saw a record number of applicants, but Schoen's background and experience with the park systems make her more than qualified to step in. She's also currently a member of the Bend Park and Recreation Foundation, a position she will resign to begin her term on the board. We chatted with Schoen about joining the board this week. 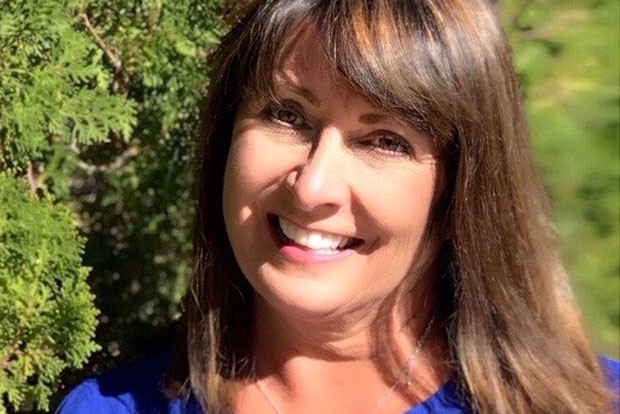 Source Weekly: You've had a career in parks and rec that's been more than 40 years. What first inspired you to get involved in that world?

Deb Schoen: It was actually very random that I applied for an entry level position. I really hadn't known anything about the park and rec industry until I went to work for the organization. They were doing a big campaign to buy a large section of woods—200 or some acres. I just was intrigued that there was just a group of people out there with that forward thinking and looking to the future. Then as I became involved in it I realized how many facets there are to park and rec. Definitely the conservation, youth sports and programming, therapeutic recreation, planning—and although I spent 40 years with that organization I can't even count how many different positions.

SW: When you saw the opening on the board here were you excited because it was an opportunity to be involved with the community you lived in so long?

DS: Absolutely! I was interested in Bend Park and Recreation long before we made our home here. My husband has family in Central Oregon so we spent a lot of time here during vacation and summers, that type of thing. But once I got to know a little bit more about the Bend Park and Rec system, because they're a special district, we had a lot of information to share. And I just felt that they were always top-notch. If we had a question or were developing a new process, Bend Metro, as it was called, is who we went to. So I knew I wanted to be involved on some level. The first thing I did when I got here was get a fitness pass to Juniper and figure out where their trails and parks were. I had actually considered running for the board during the last election and then decided to wait. When I saw this opening, I was very excited.

“I have visited park and rec facilities in more than 20 states and five countries—Bend just shines.” tweet this

SW: This was a crazy opening because there was a record number of people who applied. How did it feel to be chosen out of that big group?

DS: Well, I just feel so fortunate and honored. It wasn't only a large group, it was a very high-quality group. The six of us that were finalists at the board meeting, we spent time together in the conference room while everyone went up independently for their presentations. What a delightful group of people! Any one of them would have been wonderful. They all appeared to be wanting to get on the board for the right reasons and to continue to do good work. I feel so fortunate my name came out on top.

SW: Are there projects you're looking forward to being involved with right away?

DS: They have a comprehensive plan and they have goals out of that, and I'm anxious to see some of those come to fruition. The opening of Larkspur (Community Center) is really exciting to me. I think it's going to be really nice to have another pool and another area for people to recreate inside a facility.

SW: What do you love about Bend's park and recreational opportunities? What makes them stand out to you?

DS: All their facilities, their parks, their dog parks, are such a high quality. As a park and rec professional, when I go and visit them—and I have visited park and rec facilities in more than 20 states and five countries—Bend just shines. There's always an emphasis on what the participant is going to feel. The experience for them. So, I've been super impressed with the quality of facilities. Not only the quality of them, but my daughter and son-in-law were visiting from L.A. and spent six weeks in town. They have a three-year-old. And it's the first place to go to. You go to their [BPRD] website and see what they have to offer. We have so many people who come to visit, and for families I don't think there's a better value.