Before you stroll the streets of First Friday, check out these suggestions from Dudley's Bookshop Cafe. Then head down to the shop for a discount on the books! 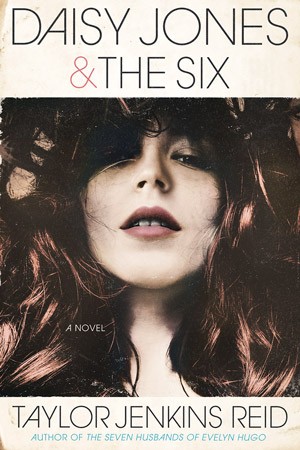 "Daisy Jones and the Six" by Taylor Jenkins Reid

Told through a series of interviews with band members and the people in their orbit, this reads like a fictionalized version of "Behind the Music," the beloved rockumentary series from VH1. Daisy Jones is a waifish L.A. singer on the rise. The Six, led by the brooding Billy Dunne, are good—but they're missing the piece to take them to the top. When a producer brings them together to hit the road, they become the stuff of legend. Until it all falls apart. The rise and fall of these all-too-real characters makes for my favorite read of the season.

"The River: A Novel" by Peter Heller

When two college friends decide to canoe a river in northern Canada, the plan is for days of leisurely paddling and nights of stargazing. When they hear a man and woman arguing on the fog-shrouded shoreline and decide to warn them about an approaching wildfire, their search for the pair turns up nothing. The next day a man appears on the river, paddling alone. Is this the man they heard? And if he is, where's the woman? From this point, Heller takes us on a desperate page-turning survival story you won't want to put down.

By now you've probably heard of climbing savant, Alex Honnold, and his record-breaking free solo climb of El Capitan in 2017. What makes this book different: Synnott brilliantly sets Honnold's feat against the history of Yosemite climbing—a history that's a ton of fun to read about. Synnott's profiles of Yosemite heroes John Bachar, Peter Croft, Dean Potter and the tribe of climbers known as the Stonemasters add context to a world Honnold has turned on its ear.