Special Sauce for the Summer

And a ton of Memorial Day beer events 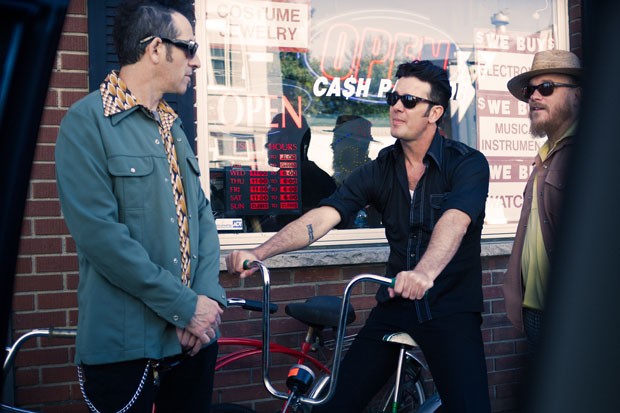 As a wise old lyricist once said in the days of yore: "Yo, when I'm fishin' let's keep one thing clear / the bait's over there, the brew's right here / Two six-packs and a big bag of ice / Didn't even catch a bite but the brew tasted nice."

The "days of yore," in this case, refer to 1994, and the author is Philadelphia-based G. Love, who scored his biggest mainstream hit with "Cold Beverage" that year. His band, G. Love & Special Sauce, has been touring pretty much nonstop ever since. Last June, that included a set on the lawn at GoodLife Brewing as part of the Subaru Outside Games festivities. This, in turn, led to GoodLife's latest announcement—a collaboration between the brewery and G. Love himself, to make what co-owner Ty Barnett charitably calls "the dankest of the dankest IPAs known to mankind."

G. Love's Special Sauce IPA will take a shot at that lofty title by combining six different types of hops—Mosaic, Idaho 7, Mandarina Bavaria, Centennial, Columbus and El Dorado—into a package that's set to clock in at 7 percent alcohol and 70 IBUs. "When I tasted their brews, met the team at GoodLife and heard how [co-founder] Curt Plants had been a passionate supporter of my music, I knew I had found a home for my dream," G. Love says. "I'm beyond thrilled to bring our delicious concoction to the world and can't wait for y'all to try this danky dankster of a beer."

GoodLife and G. Love will launch the beer (which will get full bottle and can distribution across Oregon) with a little music tour across the Northwest, starting in Sun Valley, Idaho, and stopping in Bend on June 17, just in time for the brewery's seventh anniversary party.

What about this weekend, though? Memorial Day's always the semi-official kickoff to summer around here, and as always, it's highlighted by SMaSH Fest on Saturday at McMenamins Old St. Francis School. Single-hop single-malt beers are the focus, with 17 breweries from Bend and beyond showing off pilsners, IPAs and other beers great for warm weather.

It's an event Bendites have come to look forward to each May, and it coincides with the close of Central Oregon Beer Week, which means it's far from the only beer bash this weekend. Over at On Tap, the new bar and food truck pod on the east side, Boneyard's taking over the tapwall on Friday night—sort of like a visit to the brewery, except with full pints! And over at The Box Factory, Immersion Brewing is celebrating its own second anniversary Friday and Saturday, with drink specials, a bounce house in the parking lot, and Company Grand playing at 8pm the first night. It's gonna be a funky kinda beer summer around here.