Marvel's "Black Widow" is too little, too late

As an unapologetic Marvel fanboy, it has been too long since 2019's "Spider-Man: Far From Home" hit theaters. I think I got so used to the Pavlovian response of there being a new Marvel movie in the theater every few months, that when COVID hit and movies stopped coming out for a while, I missed the MCU more than I thought I would. As much fun as Disney+'s "WandaVision," "The Falcon and the Winter Soldier" and "Loki" have been, there's just something comforting to me about seeing a new Marvel movie and all these characters I've grown to love since 2008 up on the big screen.

"Black Widow" was supposed to release in May of 2020, but that obviously couldn't happen, so here we are in July and we're finally getting a new Marvel movie, but this one feels like it sat on the shelf a little too long. I don't blame COVID, though; this one is on Marvel. I genuinely think Marvel has made one of its first big mistakes of its entire run by releasing the "Black Widow" movie at the point which they did. 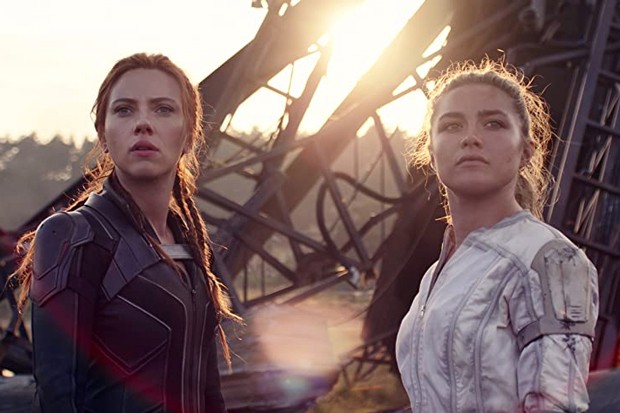 When "Iron Man" came on the scene in 2008, Marvel wasn't the juggernaut as a studio like it is now, so due to a combination of fear, sexism and profoundly neolithic thinking, the studio didn't release a female-fronted superhero movie until "Captain Marvel" in 2019. They were basically too afraid that a Black Widow action figure wouldn't sell as much as a Captain America one would. So, even though Scarlett Johansson's Natasha Romanoff has been a massive part of the MCU since 2010's "Iron Man 2," we're just getting her first solo movie right now.

SPOILERS FROM HERE ON OUT

The choice to put off Black Widow's solo film a dozen years after her introduction is nonsensical. Natasha was one of "Endgame's" very few heroic casualties, so, by necessity, the "Black Widow" movie is a prequel, set during the period she was on the run from the U.S. government between "Civil War" and "Infinity War."

This is exactly when the "Black Widow" film should have been released: somewhere in the three years between those two movies. It's a solid time frame to set the film, except for one giant flaw: we know Natasha is in "Infinity War" and "Endgame," so no matter what happens in "Black Widow," there's no tension because we know she survives. If this had come out four or five years ago, the events of the film would have had me on the edge of my seat.

Johansson is once again fantastic as Romanoff, imbuing the spy with a wry humanity that gives us new shades to the character we haven't seen before. Her supporting cast, including an instantly iconic Florence Pugh and scene-stealing turns from David Harbour and Rachel Weisz are fantastic, but because we're dealing with a prequel, it's hard to know what their importance moving forward in the MCU will be. Pugh's probably going to be huge, though.

Ultimately, the character relationships and the themes of how we build our own families plays stronger than the comic book shenanigans, as the overall plot retreads ground about super soldiers and spies we've seen a million times before. Again, if "Black Widow" had come out in 2017 between "Guardians of the Galaxy Vol. 2" and "Spider-Man: Homecoming," it would have worked better as a standalone story filling in some of Romanoff's history. In 2021, it's anticlimactic.

Still, "Black Widow" is a fun and fast-paced spy thriller that Marvel completists will want to see, but it feels like a missed opportunity to be a powerful sendoff for Johansson and the character we've grown to love over the last decade. The tension is undermined because we already know that Black Widow will survive fairly unscathed, just so she can die in "Endgame." I honestly hope they find a way to resurrect the character because "Black Widow" proves that there are plenty of flying scissor legs left in the character, even if this wasn't remotely satisfying as a final bow.