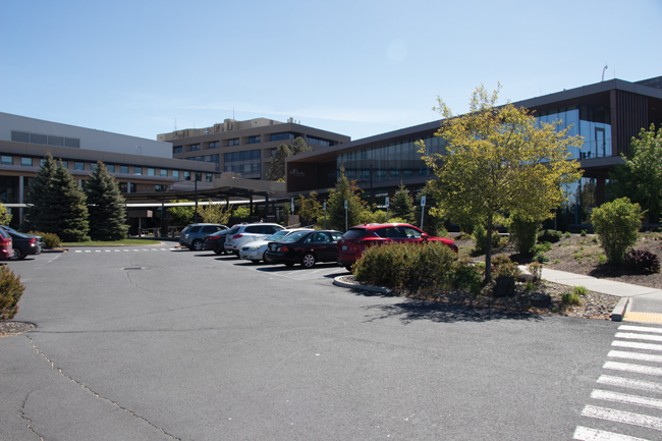 St. Charles said most positions it's eliminating are non-clinical positions in areas including finance, IT and human resources. But even while it's laying off nearly 200 people, it's also still aggressively recruiting for positions.

"It's a delicate balance, because at the same time, we still have a number of openings that we need and will still continue to recruit for," said Rebecca Berry, vice president of human resources at St. Charles Health System, during a press conference. "Those openings are largely in patient-facing areas that are critical to making sure that we have the people in the right roles to care for our patients and for our community,"

St. Charles says the layoffs won't cause any services to close, and that the layoffs will recoup losses stemming from the last two years of the pandemic. St. Charles CFO Matt Swafford said the hospital system lost $21.8 million this year, or a negative 6.7% operating margin. The biggest drain on the system's finances is in increased staffing costs and diminished surgery volume. Contract labor, like travelling nurses, have been brought in to accommodate for COVID surges and represents a much higher share of labor costs than before the pandemic.

A March report from Kaufman Hall, a financial advisory firm, found labor expenses rose 37% on a per-patient basis between 2019 and March 2022 in a sample of 900 hospitals. In that time contract labor rose from 2% to 11% of labor expenses and regularly employed nurse wages increased by 11%.

"Pre-pandemic, we had really worked hard to lower and really minimize the use of contractors and have really focused and were able to fill positions. So, we're definitely higher right now—that number has been coming down," Berry said. "We're going to continue our focus on our recruitment efforts to bring and fill those positions and minimize the use of travelers going forward."

St. Charles officials say layoffs are a last resort, and come after substantial cost-cutting efforts failed to get the system out of the red. It has pulled about $65 million out of its long-term reserve fund since fall of 2021, about 10% of its total value, increased its line of credit and financed $75 million in bonds that will be due in 2032. Even with the staffing cuts and cost-saving initiatives, the hospital system will still need to find a path for long-term viability.

"With these initiatives, including the layoffs, we still estimate that we will be recording a significant loss from operations for 2022. And so, the importance of these initiatives and the impact of these layoffs will require us to continue to dig a little bit deeper so that we can make sure that we are sustainable for the long term," Swafford said.