After balking at some recent cases that weren't linked to a source, state officials approved the county's application Friday afternoon

June 05, 2020
2 comments
Twenty-six Oregon counties were moved into Phase Two of reopening on Thursday, but Deschutes was not among them. Friday afternoon at 2:40 p.m., the county commissioners finally got the call that the County was approved.
Moving into Phase Two in Deschutes County means restaurants and bars can stay open a few hours later, movie theaters and bowling alleys can reopen and up to 50 people can gather inside churches and other group facilities. tweet this

Deschutes was approved to move into Phase One on May 15 and had to wait at least three weeks before entering the next phase. Moving into Phase Two means restaurants and bars can stay open a few hours later, movie theaters and bowling alleys can reopen and up to 50 people can gather inside churches and other group facilities. Office employees should still work from home.

While Deschutes County was approved, the state took issue with five of the nine positive cases the county reported the week of May 25-31: County health officials could not trace them to a source. It’s a red flag because it’s a sign of “community spread,” and signals that at least some portion of the local population is going about their day, unaware that they have the illness and thus spreading it to others.

A successful tracking operation, on the other hand, is when county contact tracers find and communicate with every person the positive case has been in contact with recently while simultaneously finding the person from whom they contracted coronavirus. On the first part of equation, the county got a 100% rating from the state. But the second metric is based on the behavior of people who live here, and what they decide to do with their Phase One freedom.

Morgan Emerson, the spokesperson for Deschutes County Public Health, told the Source that health officials determined that most of these untraceable cases were from people that recently traveled.

“When people travel outside of the area, they typically have more contacts than if they are working from home or just going to the grocery store,” Emerson said. “That could indicate that the case was acquired outside of the county.”


Back at the County


Meanwhile, Deschutes County Commissioner Patti Adair was hitting refresh on her email more than usual on Friday afternoon as she waited for word from the state that Deschutes County was approved.

“It's like I feel the weight of 187,000 people on me,” Adair said. “Especially for the ones that are trying to get back to work and increase their capacity at this time…. There’s so many people on unemployment. When restaurants are operating at 20% they are losing money.”


Oregon has the 10th-lowest infection rate in the county. On Friday afternoon, the state total was 4,570 out of 143,000 people tested, with 161 deaths. tweet this
Adair said she was also excited about bowling alleys coming back online. (Hear more from Adair about the reopening the county on this week’s “Bend Don’t Break” podcast.) Dr. Dean Sidelinger, the state's health officer and epidemiologist, told The Oregonian yesterday that he expected to give Deschutes County the stamp of approval sometime Friday. Jefferson County was also delayed, due to a recent outbreak on the Warm Springs tribal lands.

Adair said she submitted the county’s Phase Two application Monday morning, but the state waited for updated data that wasn't published until Thursday before getting back to them. Most other counties in the state were approved Thursday. The governor’s office recorded a video earlier this week for businesses and Oregonians who want to learn more about the changes. Most counties will stay in Phase Two for months. 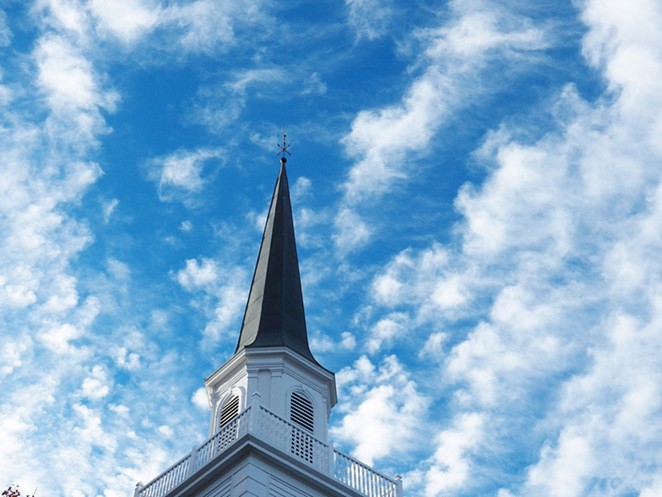 Exactly three weeks after most counties opened, and almost two weeks after Memorial Day, the rate of daily infections across the state has gone up. Last week, Deschutes County’s uptick raised some eyebrows when a number of cases emerged out of multiple gatherings in Bend and Redmond. Last week, county health officials were able to trace the outbreaks back to other people who live here. The theory is that the virus is contained and under control when contact tracers can draw a complete circle around every new case and find both past and future cases tied neatly together.

Meanwhile, Oregon’s unemployment rate is 14.2% as of May 22, which is about average for the country. However, because of the number of sole-proprietors and entrepreneurs that live here, the more realistic statistic is closer to 20%, according to the Oregon Unemployment Department. A recent state investigation of the agency revealed there are at least 200,000 Oregonians still waiting to receive their unemployment insurance and $600/week CARES Act benefit.

Many of Oregon’s business owners have criticized the state for moving too cautiously through the reopening process. Thousands of Oregon's small businesses may go under without more government assistance. But, while reopening may be one way to patch up some of the economic damage caused by the coronavirus crisis, a majority of Americans are still concerned about spreading or contracting the infection, and thus may not be venturing out the bowling alley anytime soon. A May poll from the Associated Press and the NORC Center for Public Affairs Research found that only about half of Americans are ready to go back to many of the activities they regularly did in the past like going to the movies and sporting events.