State of the Arts

Looking forward to culture in 2022

Culture is returning to Central Oregon, slowly but surely. Things aren't quite back to the quaint old 2019 era, but even while we ride the wave of another variant, it feels like there's a slight sense of normalcy in the air; like maybe symphonies, operas, stand-up comedy performances, art galleries or live theatrical performances can stand alongside communal touchstones like bars, restaurants, breweries, concerts, bars, movie theaters or bars as things Central Oregonians feel comfortable doing.

I asked a handful of locals deep in the art scene what they hoped to see return culturally to Bend and Central Oregon, as a way to gauge what 2022 might look like for the arts community. Getting the below responses got me thinking about what I would like to see on the horizon myself. While it seems like more and more people are coming back to smaller venues such as Tin Pan Theater (where I work in programming with BendFilm), I still miss the days of sold-out theatrical performances of challenging plays and operas. I, for one, haven't seen a play since COVID landed. I deeply miss live theater. 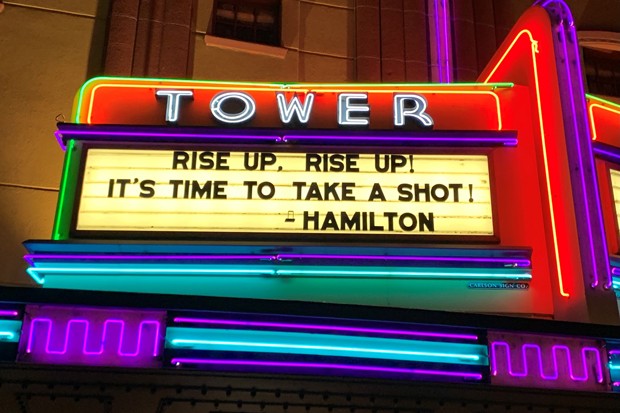 Comedian and owner/producer of Ipockolyptic Productions Katy Ipock has very specific things she wants to see in the upcoming year, especially compared to 2020.

"The comedy scene really shifted in 2021," said Ipock. "We are letting go of the idea that Central Oregon is only big enough for one production company. There has been an amazing democratization. More people are stepping up and creating spaces for our art form."

In 2022, she said, expect to see more big names coming through. "We should also start seeing more shows and open mics becoming available. I truly hope we become more inclusive and welcoming spaces for people other than just mediocre white men."

That inclusivity is something that I've personally witnessed BendFilm's Executive Director Todd Looby working tirelessly toward achieving, and it's a goal he's nowhere near done shifting culturally.

"I wasn't around in 2004 when the Tower [Theatre] was renovated and BendFilm was founded," says Looby. "I imagine that was a monumental year for the cultural community here. However, what I've seen over the past two years very clearly shows to me an incredibly exciting cultural shift where so many different artists and voices are here, participating and, better yet, leading the cultural community. It's another monumental shift for Bend and one I feel is more inclusive and different in that Bend can and will be a cultural leader in the state, and hopefully, region. I can't wait to see what more lies ahead."

Executive Director of The Tower Theatre, Ray Solley, goes even more introspective when asked about the last couple years and what he hopes to see in 2022.

"I'm not sure how to tell the difference between 2020 and 2021, and most likely 2022," says Solley. "Understanding the impact of any differences probably won't occur until we have a chance to look back on the history we're actually living through. As a TV and cable agent at William Morris back in the '90s, I helped clients get, keep and often change jobs. It all seemed like forward progress, complete with a few lateral moves. But it rarely seemed like a career path until we paused and connected the stops and starts to see a distinct journey."

It feels the same way with COVID, Solley told the Source. "I know we're going through phases, but I don't know which ones until we finish and look back and say, 'Oh yeah—that was the year we separated and sanitized everything. And that was the year we closed three times, re-opened four times, and budgeted month-to-month. And remember all those shows where attendance was so erratic in spite of vaccines?'"

Those months when live performances literally ceased to exist felt like a bad dream for many. Regardless of the size of the audience, just the fact that performances are happening again is a beautiful thing. Ipock confirms: "Whether it is for an audience of 10 or 100, I think all performers feel honored to perform again."

That communal experience we take from live events is impossible to duplicate. "During quarantines, we found entertainment, diversion and inspiration from all sorts of digital performing arts—livestream concerts, podcasts, playlists, movie marathons and Netflix binges," Solley said. "I hope in 2022 we recognize the value of all that culture we experienced virtually, and honor it by shifting back to live, in-person connections."

Many of us might not have seen a play or an opera or comedy show over the last few years, but all that changes next year for me. I'll see you there.