State of the Central Oregon Unions

In honor of Labor Day, a short history of the local labor movement and the challenges facing workers in the time of COVID-19

Central Oregon is home to dozens of chapters of different union groups, from local education associations for teachers, to a St. Charles Health System chapter of the Oregon Nurses' Association. The Source checked in with local union leaders to find out what they're working on in the age of the coronavirus. 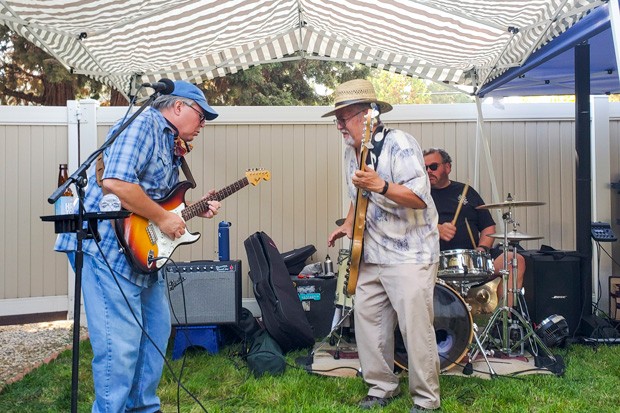 The year 2020 has been a devastating year so far for both American and Oregon workers. Since the coronavirus hit the state in the spring, more than half a million Oregon workers have filed for unemployment, and 66% of those claims came from people making less than $20 an hour, according to Damon Runberg, a regional economist with the Oregon Employment Department.

Why join a union?

During the years following World War II and before President Ronald Reagan took office, both union membership and middle-class wages were at their peak. During that era, workers had more power and it was possible to enter the middle class with only a high school diploma, according to the Center for American Progress.

In the mid-'60s, unions represented 35% of American workers. In 2020, union membership is 10.3% and overall wages of the middle 60% of Americans have shrunk significantly since the 1960s as a portion of national income.

Today, many service workers barely subsist on minimum wage, according to the CAP report. If today's minimum wage was adjusted for GDP and overall wage gains from its peak buying power in 1968, the wage would be more like $21/hour, according to inequality.org.

Michael Funke, a local, retired labor activist and KPOV radio show host, told the Source, "Workers by and large are always going to be better off with a union contract. One of my fellow union members told me once, 'I didn't join the union to get something out of the union, I joined the union to get something out of the boss.' Unions don't just work for better compensation, they help with working conditions, health insurance, they establish a system to advance in the work place and provide a way to voice grievances with employers and provide protection from being fired."

In Central Oregon there is a "high saturation" of union membership for an area of this size, said Renee Ruiz, the Central Oregon Central Labor Chapter-Oregon AFL-CIO President.

Ruiz said there are active chapters for the American Federation of State, County and Municipal Employees 3997, representing Deschutes County employees, the United Food and Commercial Workers International Union 555, for employees of local corporate grocery stores, the Oregon Nurses Association for workers at St. Charles Bend, a Bend and Redmond Education Association, and an Amalgamated Transit Union 757 for Cascades East Transit drivers. Ruiz said there are also a number of smaller organizations for the building trades such as construction workers, plumbers and pipe fitters.

"The main concern during COVID was worker safety and assuring workers had protective equipment, not just inside the hospitals for health care, but everywhere," Ruiz said. "Most people represented by unions are considered essential workers."

Ruiz also represents the Oregon Nurses Association in Bend. The group organized a handout of face masks in July outside of St. Charles Bend. Early on in the pandemic, the group lobbied the hospital to postpone elective surgeries to preserve PPE; St. Charles was one of the first hospitals in the state to do so. At the state level, the nurses' union won the right to be a part of hospital-based committees maintaining an adequate supply of PPE, which just started this month, Ruiz said.

On Monday, the Central Oregon Labor Chapter organized a Virtual Labor Day concert and picnic from 1– 4pm for all its affiliated members with a live band, Thomas T and the Blue Chips, as well as several local union leaders and politicians, including Bend City Council candidate Anthony Broadman.

Teachers unions around the country have strongly objected to returning to in-person classes this fall, as COVID cases continue to rise. The American Federation of Teachers, the second largest teachers' union in the U.S., authorized its members to strike in districts and states that moved to reopen classrooms without adequate health and safety measures. In Sacramento, California, the union objected to the requirement that teachers record their lectures, arguing that it was a violation of privacy for all involved.

As a local association we have many members who are very fearful of returning, so we have taken the position that we aren’t willing to return to school until the medical experts deem it is safe to do so.— Barry Branaugh, Redmond Education Association tweet this

In Central Oregon, both the Bend-La Pine and Redmond school districts have decided to start the year almost entirely online for at least six weeks, with the exception of some small, two-hour classes for students with disabilities and English language learners. This is in spite of the fact that schools in Deschutes County have met the state's metric to have in-person classes for students in grades K-3. To bring these students back, the state requires a county to have 30 or fewer COVID-19 cases per 100,000 people in the county and a test positivity rate of less than 5% for three weeks straight. Deschutes County has had fewer than 20 COVID-19 cases per 100,000 residents for three weeks and a test positivity rate below 2% during that time, according to the Oregon Health Authority.

"The biggest thing I would want people to understand is that teachers do not like distance learning. We got into this profession to work with kids and be around kids. At the same time, we're dealing with a global pandemic that has no vaccine and no cure. Since our last day with students (March 13), nothing has changed from a medical standpoint. That's the conflict—we want to come back, but only when it's safe to do so.

"As a local association we have many members who are very fearful of returning, so we have taken the position that we aren't willing to return to school until the medical experts deem it is safe to do so. We want people to do what the medical experts are encouraging (wearing masks, etc.) to bring the cases down. When the medical experts say it's safe to return, then we are more than willing. We get that it's frustrating for parents, students, and teachers, but we don't see any value in rushing back and then having cases spike and get shut down again. We would like to do it correctly once so we can get back as soon as possible."

The labor and social justice alliance in Central Oregon

When Jobs with Justice – Central Oregon first formed in 2003, a number of events coalesced to inspire a coalition of labor and social justice: the Bend City Council faced a homophobic backlash for its efforts to pass an equal rights ordinance with protections for sexual orientation and gender identity, the local school district tried to de-unionize the jobs of non-faculty staff, and workers at Bend Cable (today Bend Broadband) failed to unionize.

Among many other successful campaigns (including blocking a Walmart Supercenter in north Bend) members of Jobs with Justice and other groups joined together to fight for unionization of the Bend Area Transit drivers in 2007. The rest of the regions' transit drivers were employed by Central Oregon Intergovernmental Council, which runs CET. But Bend drivers to this day are employed by a contract company, Paratransit Services, from Washington state. While the group won the right to organize for better contracts, Bend CET workers have been struggling with Paratransit ever since. In 2018, when they were bargaining for a new contract, they were paid significantly less than COIC workers and said the health insurance offered by the company was not something they could afford with their hourly wage. The recent scandal involving a Bend CET driver putting a passenger in a chokehold renewed public interest in the topic of allowing a contract company to handle the employment—and vetting—of drivers who provide an essential service to people in Bend.

Today, Jobs with Justice is one of many organizations that occupy the Central Oregon Social Justice Center near downtown, established in 2012. The center brought together activists fighting for immigrant rights, LGBTQ rights, and leases office space to two unions and two immigration lawyers. Today it stands as a meeting place for a variety of progressive groups organized to fight for working people on a local, state and national level.