Statement from Mayor Sally Russell Regarding ICE in Bend

August 20, 2020
5 comments
The last few days have been difficult for all of us in Bend. I feel deeply for those families who have had – without alleged due process – family members taken without warning. No one anywhere in the United States should ever experience this. I stand with our Latinx community and other BIPOC members. I recognize that our community depends on the Mayor and the City government to keep our community safe. I take that responsibility very seriously and personally. 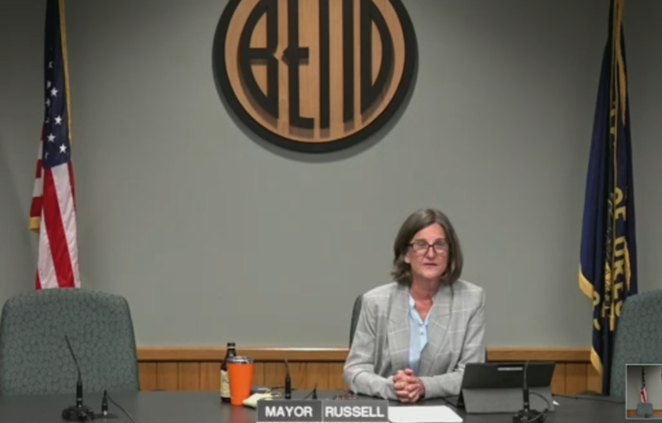 Let me be clear: Bend resources are not, will not, and cannot be used to support federal agencies with matters of immigration. It’s the law in Oregon; we live in a sanctuary state. Bend is a Welcoming City.

As Bend’s Mayor, I will always stand by peaceful protestors and will vigorously protect and advocate for their First Amendment Rights.

My primary responsibility during emergency situations is to keep people safe – this was a rapidly developing event - and it was imperative to gather as much credible intelligence as possible. I worked with the Police Chief, City Manager, City Attorney and other staff. As Mayor, I was on calls with the Governor, Senators’ staff members and Federal authorities gathering information to create an action plan for necessary next steps. We considered many scenarios. We needed to get specifics of what was happening across our city, what we might expect and whether we were able to work with ICE to de-escalate an understandably intense situation.

Other members of Bend City Council attended the protests.

On a call with Ms. Asher, ICE Enforcement and Removal Operations Field Office Director for the Pacific Northwest, it became evident that they had no interest in finding a peaceful resolution, that was not their top priority. They were prepared to implement whatever measures were necessary, from their perspective, to take the two detainees into federal custody. She made certain that we understood that the orders were coming directly from the U.S. Department of Homeland Security top level. We re-emphasized that this was a peaceful protest, and emphatically requested that ICE be respectful of this.

On that same phone call City legal staff with me asked for information on the detainees; Ms. Asher refused to provide it. We made it clear to her that we would not be helping them.

Chief Mike Krantz was fully engaged and present all afternoon, working with the City’s leadership to ensure that Bend Police officers abided by Oregon’s Sanctuary State laws. By early evening, we received information that ICE was sending 50-70 federal agents into Bend. We were all deeply concerned that they might enact levels of the force similar to those we have seen in other communities.

Based on the best intelligence that we had at that time, it seemed prudent, per our responsibilities for our community, to ensure that protesters fully understood the potential personal risk that they would potentially find themselves in once federal agents arrived on the scene of the peaceful protest. I joined Chief Krantz, John Hummel and other local leaders at the protest site as Chief Krantz addressed the crowd. He thanked them for the continued peaceful protest and informed them that the ICE agents would soon be arriving at this site.

Again, I am hugely grateful for all the people onsite that evening who worked to maintain a peaceful demonstration.

Yes, I believe in fair, just, adequate due process as a fundamental part of our country’s democratic system. Yes, I stand firmly on the side of welcoming new immigrants to our community as neighbors and friends.

I also understand that our nation’s immigration system is badly flawed. I have seen it first hand as the father of my daughters has a green card. I truly appreciate how fortunate we are and recognize fully that so many others do not have the experience of that privilege.

Many have asked, what could have been done differently? I hope everyone throughout our community is asking themselves that question, as I am hourly, as is City staff. This is a question for our entire community.

What is your Bend City Council considering and working on?
*Planning for Community Engagement Sessions underway (virtual of course)
*Councilors and I have heard requests for a Police Oversight committee
*Today Council’s Stewardship Subcommittee recommended forming for a Human Rights and Equity Commission as part of the Council’s DEI Goal in Council’s Work Session earlier this evening.

I also encourage us all to better understand what Sanctuary State and Welcoming City mean for our city. As difficult as it is to influence Federal actions in any city, I encourage people to use their First Amendment rights peacefully. And I have already asked our Police Department to clarify protocols governing the interactions between Federal agents and Bend’s local police department to ensure compliance. I have requested a more detailed after action report and will share more as additional information becomes available. Already today a Police Response FAQ has been posted on the City of Bend’s website Police Page. I encourage all of us to read this carefully.

As I hope we all already recognize our community is experiencing huge changes in the face of the COVID-19 pandemic and the resulting disruptions of our day to day social interactions, and the unweaving of our “normal lives”, has only complicated how we hold these community conversations.

Socially, we are facing a moment in time when the efforts to finally dismantle systemic racism and calls for economic and social equity are taking place all over our country and world on a daily basis in a more profound manner then in any point in recent history.

Bend has grown from a small town of 15,000 to over 100,00 over the past 35 years. Most people here have moved here. As a community leader, I believe that this is a moment to recognize our community will continue to change. People move here for many reasons; keeping our dialog open and respectful based on common facts and understanding is critical for the well being of our community going into the future.

As Mayor, I have asked our staff to reach out to community members in response to questions about this. I also realize that this conversation is about trust. I will personally continue to work to establish and re-establish that trust on a daily basis. And I also will continue to work with people from the legal community whose practices focus on immigration, and hope that you will also reach out to them with your questions.

I thank all the people who have reached out to voice your anger, sadness, opinions, frustrations, fears and hopes with me. It is a part of my service as Mayor that I hold most dear.

As Mayor of this great community of Bend that I love so deeply, know that my top priority is the safety of all Bendites.

Read More about The Source Staff