Stay Cool and Celebrate the 4th

Whether you're new here or you're just looking for a day out, these are the things to put on your Independence Day radar

By Nicole Vulcan and Isa Hammons

With weather on the Fourth of July promising to be hot and sunny—but not quite as scorching as the temperatures we're experiencing as we write this—the name of the game for this Central Oregon Independence Day is, hopefully, staying cool and calm.

With this week's heat wave, the City of Bend has declared a state of emergency that makes shooting off any kind of fireworks illegal and subject to a fine of up to $750. 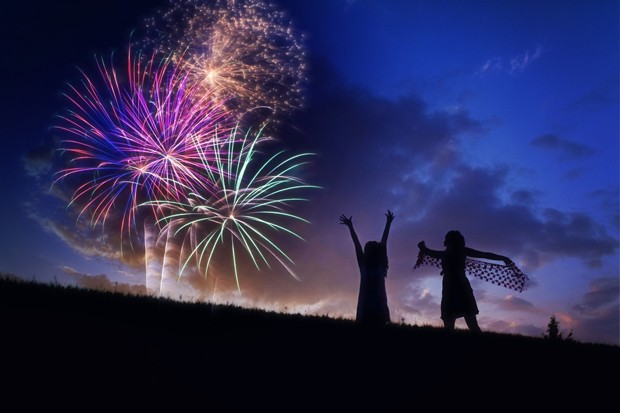 Last week, on June 25, a firework that appeared to be illegal in Oregon set the trees in a baseball field in northeast Bend ablaze, fire officials said. Even with the concurrent drought, the City in its most recent newsletter is encouraging people to show their patriotism by spraying water hoses instead of shooting fireworks. People can report illegal fireworks by email by emailing fireworks@bendoregon.gov.

Meanwhile, if you're new here or you're just not quite sure what your 4th of July plans include, let these upcoming events give you something to look forward to.

Enjoy Independence Day before the 4th even begins when the Bend Elks Baseball Club plays the Yakima Valley Pippins—complete with a fireworks show! This is one of two legal shows planned in Bend for the July 4th weekend. Game starts at 6:35pm. Info at bendelks.com.

SUPs and Pups at Elk Lake

Bring your dog and your paddleboard and race for glory at Elk Lake on July 3.

4th of July Parade and Fireworks in Redmond Bend leaders canceled the annual Pet Parade due to concerns around COVID-19, but Redmond's Chamber of Commerce and Visitor's Bureau managed to get its act together and planned the return of its annual 4th of July Parade on Redmond's SW 6th St. Expect the traditional floats and candy throwing... all the trappings of a classic 4th, with a theme of "Sea to Shining Sea." The parade starts at 10am along SW 6th Street, from Greenwood to Forest Avenue.


Later in the evening, at dusk, catch the Redmond Fireworks Display at the Deschutes County Fair & Expo Center. If you want to park there, you'll need a free parking permit. Find them at Eqwine Wine Bar, Art & Music, Herringbone Bookstore, Yo Wild and the SCP Redmond Hotel. More information is at visitredmondoregon.com.

The only legal fireworks show in Bend on the 4th of July is visible from most parts of the city. The fireworks at Pilot Butte begin at dusk, around 10 pm.

The live music game at River's Place has been strong of late—and that tradition continues for its July 4 festivities. Catch the live music from 3 to 5pm.

Indubious, the venerable reggae band, plays from 7 to 9pm at Worthy Brewing on the 4th—and it just so happens that Worthy is a pretty good place to see the (legal and planned) fireworks happening at Pilot Butte.

Those in Sunriver can take part in the Village's Festive Photos event. For $15, participants receive a bag of swag and a list of places to take photos around The Village at Sunriver. Snap a festive photo and share it on social media with @thevillageatsunriver for a chance at prizes. Register by July 2 at villageatsunriver.com/events/4th-of-july-festive-photos/.

Ochoco Greek Park is the site of this year's Old Fashioned 4th of July in Prineville, featuring food, crafts, music and a fun run. The event goes from 10am to 2pm—just after the 4th of July parade. Oh, did we mention there's a parade in Prineville, too? That event, hosted by the veterans' group Band of Brothers, starts at 10 am and winds through the town. A map is available on the events tab of prinevillechamber.com.

Groups of bike riders dressed in their best summertime red, white and blue, roving through inner Bend?! It's a fun ride... if you can find it. If you know, you know.

Related Give Me Freedom, Or Give Me Bikes!: Annual freedom ride's growth present challenges

Give Me Freedom, Or Give Me Bikes!
Annual freedom ride's growth present challenges
By Russ Axon
Culture Features