March 23, 2020
3 comments
On the heels of Gov. Kate Brown's "Stay Home, Save Lives" order issued Monday morning, the Bend Police Department and other agencies are beginning to explain to people how it all works.

Brown's order, an attempt to further restrict activity and "flatten the curve" in the spread of COVID-19, included the forced closure of more businesses and places in Oregon, including childcare facilities, retail shops and park features such as skate parks, playgrounds and sports courts. It also strongly encourages people to stay home unless absolutely necessary. 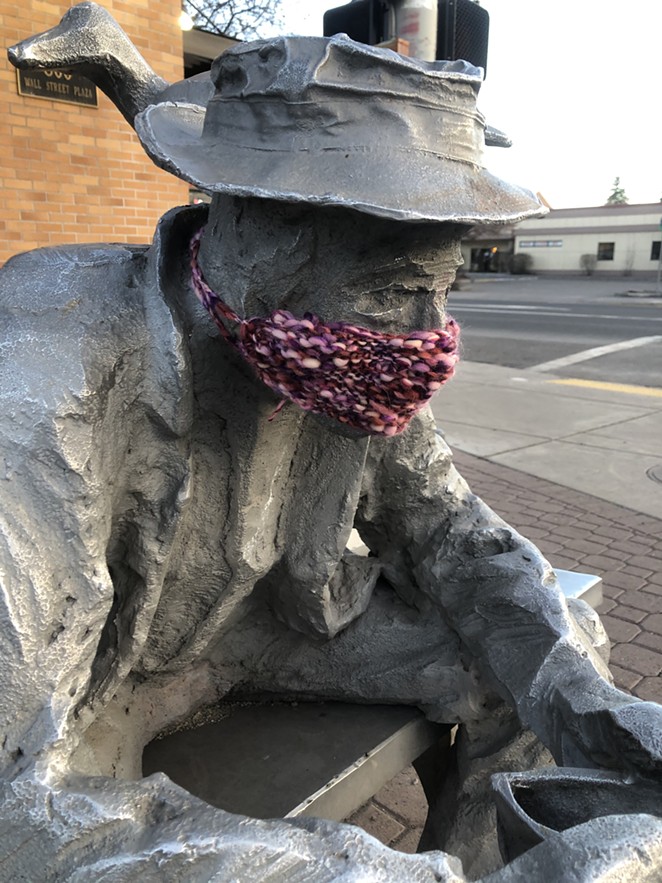 "Non-essential gatherings outside of home are prohibited, regardless of size," the governor's order reads, and people should remain 6 feet or more from any other person who is not a member of their immediate household. Outdoor activities are OK, as long as they are "non-contact," and where social distancing of at least 6 feet is possible.

The order also affects malls, including the Old Mill—though in that Bend complex, restaurants offering takeout or delivery and two businesses considered "essential" under the governor's order, Simply Mac and Savory Spice, can remain open, the Old Mill announced today.

Cops, including local police departments and sheriff's offices, have the power to enforce the order—though in a release Monday, the Bend Police Department said arresting people would be a "last resort." Instead, Bend police officers will try to get people to comply to the order through "education and dialogue."

"We ask people to review the Executive Order as it will clearly have areas that impact your daily lives," Bend PD's release stated.

Deschutes County Sheriff Shane Nelson echoed Bend PD's sentiment Monday, saying his department is seeking "voluntary compliance," and would work to educate, rather than arresting or citing people for violating the order.

Redmond Police sent out a similar message Monday, reminding people that the fine, if one is issued, for violating the governor's order can be up to $1,250 as well as up to 30 days in jail.

"Many residents are asking how they can help those who may experience an economic hardship during this crisis. Donations to local food pantries, Meals on Wheels, and/or other community service groups who help those in need is greatly appreciated," Endicott wrote.

"Finally, please keep our first responders and health care providers in your thoughts and prayers as they fulfill their duties during this time without hesitation," Endicott continued. "Your support for them and your patience and cooperation during these trying times is greatly appreciated. Thank you for continuing to build upon our strong community spirit. If we commit to only spreading kindness, together, we will get through this unprecedented time.

"We have not experienced anything like this in more than 100 years.  Let’s do our best to get through it in a Redmond way." 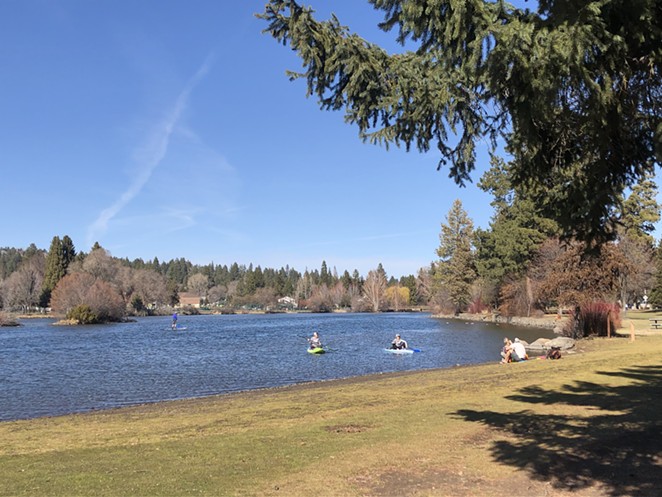 
"Walking, running, biking, skating or using a wheelchair or other mobility device while maintaining at least 6 feet between people is allowed," BPRD advised. "Off-leash dog areas, picnic shelters and restrooms remain open. Keep at least 6 feet from others for social distancing. Wash hands before and after any visit to a park or trail."

“We are experiencing the uncertainty of the current situation and will continue to do our best to be here for recreation needs while also doing our part to encourage maximum time for people to stay home,” wrote BPRD Executive Director Don Horton. The release also underlined that BPRD's spring programs are delayed until at least April 29, due to a statewide school closure through April 28. Registration for summer programming starts April 20. No payment will be required at the time of registration, the district's release stated.

This story may be updated.