In April, Wayne Purcell announced the sale of River's Edge Golf Course to Pahlisch Homes to develop the land as housing. Severe and immediate backlash followed. The River's Edge community spoke out through yard signs, online and in person at a tense town hall where Dan Pahlisch futilely attempted to assuage the opposition to the 370+ home development. In their opposition, homeowners cited potentially increased traffic, decreased real estate values and the loss of golf course views as advertised. 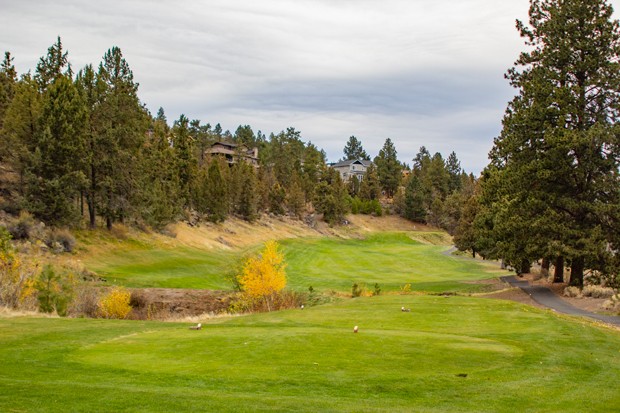 The lawsuit alleges homeowners have a right to enforce the advertising promises in home sales. Pahlisch Homes advertised River's Edge houses as having "golf course views."

"In connection to real property, when you make promises to people, and you know they're going to rely on it, and they do rely on it, you're then obligated to fulfill those promises," Kramer added.

“We all know there are people with money moving to Bend, so if we build some homes that interest them, it’ll keep them from competing for, and bidding up prices of existing housing stock.”—David Welton tweet this

On Oct. 23 the homeowner's association announced via email that it had reached a settlement with River's Edge and that it would buy the course for $500,000. The sale includes the course's 141 acres, facilities and equipment. The settlement term sheet says the course will be preserved as an 18-hole golf course in perpetuity. Homeowners will assess the course's potential over the next four months, then have 30 days to make the purchase.

The Source contacted Kramer, but he's not speaking with media per the defendants' request. Representatives from the homeowners' association said it would be seeking a qualified company to manage the golf course, rather than the homeowners' association itself. The sale is welcome news to residents on the course, but for many affordable housing advocates it's a lost opportunity.

David Welton, creator of the Bend YIMBY (Yes In My Back Yard) website, said there's no single solution to Bend's housing problems, but more abundant housing and housing options are needed to reduce costs. Pahlisch committed to building missing-middle homes; most often these are multi-family attached units like duplexes, triplexes and townhomes. The proposed River's Edge development would still likely cost more than a median-earning Bendite could afford, but it could relieve pressure on the rest of the housing market, he said.

"We are seeing the price of used cars go up during the pandemic because of supply chain issues preventing new cars from being built and delivered. Housing isn't that different: restrict supply in the face of demand that continues to rise, and prices are bound to go up for all housing," Welton said. "If I have $30,000 to spend on a new Toyota, but there are none available and I really need something to drive, I'll go looking for a used one, and will, if needs be, spend a bit more to make sure I get it."

Welton contends that so long as Bend grows as fast as it is, the city will need to create housing for all income levels to meet demand and stabilize prices.

"We all know there are people with money moving to Bend, so if we build some homes that interest them, it'll keep them from competing for, and bidding up prices of existing housing stock," Welton said. "So, it's certainly disappointing to see a large number of homes off the table, all for a golf course that isn't a great use of water and isn't open to the public like a park. It's not like wealthy people won't move to Bend if there aren't brand new houses—they'll buy up older ones and spend some money to have them fixed up."

Related Fore! Sale: River's Edge Golf Course is being sold to develop new housing. What does that tell us about Bend's land supply?

Fore! Sale
River's Edge Golf Course is being sold to develop new housing. What does that tell us about Bend's land supply?
By Jack Harvel
Local News