Still Scary After All These Years | Film | Bend | The Source Weekly - Bend, Oregon

Still Scary After All These Years

I am what you might call a daredevil. Sometimes I remove the tags from mattresses. I may have jaywalked. I wear brown all year. And, this is a thing that's possible, I watch horror movies all year round, not just in October. A scary movie watched in October is actually just as scary if you watch it November 1. As a matter of fact, scary movies should be watched all year round because they're good for the soul. And possibly for digestion, but don't take my word for it. Consult your local physician for accuracy. With that said, now that Halloween is over, there are still some spooky classics streaming all over your internets and you don't need an excuse to watch them! Here are a few I recommend: 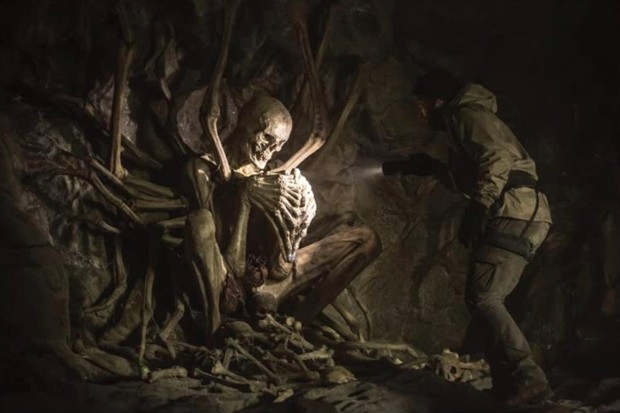 "The Fog" - Directed by the undisputed king of horror, John Carpenter. "The Fog" posits the age-old question "Holy crap, what if that thick-assed fog bank was filled with murderous ghost lepers??" The answer to that question comes quickly and with gusto: "You're gonna get stabbed by the murderous ghost lepers." The atmosphere is palpable and the scares are plenty in this unheralded 1980 classic. Streaming on Amazon Prime.

"The Loved Ones" - Lola invites Brent to the prom. Brent rejects her. Lola's parents decide she deserves the prom of her dreams and kidnap Brent. Things go very poorly for everyone. This is a modern Australian horror classic reminiscent of "The People Under the Stairs" and other truly great 1980s horror comedies. At times this movie is so pitch black in its humor, it's almost impossible to know where to laugh or scream. Streaming on Amazon Prime.

"Let the Right One In" - Basically one of the best vampire stories of the last few decades, "Let the Right One In" follows an isolated little boy and the deceptively young girl that becomes his only friend and protector. Somehow sweet and completely terrifying, this beautiful vampire fable deserves to be watched on Christmas and New Year's as well. Streaming on Hulu.

"The Exorcist III" - Not many people ever gave this one a chance after the laughably awful "Exorcist II," which just isn't fair because this is a chilling and thought-provoking look at the nature of evil that has one of the all-time greatest jump scares in history. Also, Brad Dourif's performance as the serial killer, The Gemini Killer, has given me nightmares since I was a wee lad. A genuinely well-made and acted film. Streaming on Netflix.

"Slither" - From director James Gunn comes the gooiest, wormiest and funniest horror comedy of 2006 following an infection of meteoric parasites. This movie is so hilarious and entirely too gross with a truly delightful lead performance from Nathan Fillion. If you haven't seen "Slither," make sure this one gets added to the yearly rotation. But seriously, there's so much goo in this movie. Streaming on Peacock.

"The Empty Man" - This was a criminally under-seen film that is actually better than the comic it comes from. Filmed in 2017, 20th Century Fox lost faith in the movie and ended up releasing the director's rough edit in 2020. The film now has a tiny cult following, but is so deeply unnerving, it deserves to be seen by a much larger audience. This one makes you feel like you're hallucinating. Streaming on HBO.