Rafting companies in the Bend area are seeing fewer trips booked this summer. Many attribute the decrease to cooler weather in the area and concern about possible trip cancellations due to forest fires. 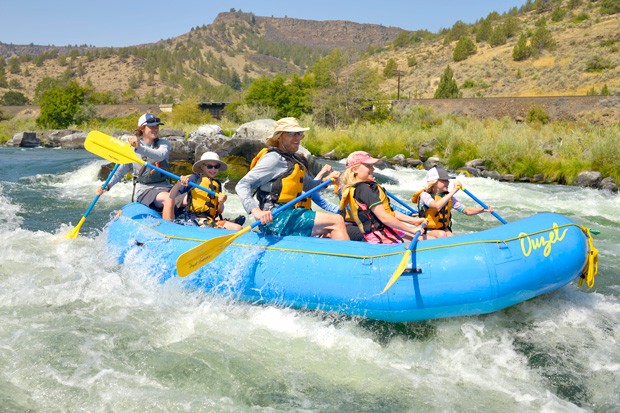 Thornton attributes it partially to the unseasonal temperatures in the area. "Cooler weather definitely plays a role," he said. The difference has been noticeable on the rivers, as well. Thornton estimated seeing 30 to 40% fewer boaters on the Deschutes than in previous years.

"As a whole, it's been really slow," Thornton said.

"Rafting is a weather-dependent business and there is typically a direct correlation with the number of raft bookings and the forecast high temperature of the day," said Drew Jackson, director of marketing & communications at Sun Country Tours—owned by Powdr, which also owns Mt. Bachelor ski resort. "This summer, so far, has been considerably cooler than last summer... and we're seeing the corresponding results."

The cooler weather in June and July is thought to be responsible for some of the decreased trip numbers in early summer, said Brian Sykes, owner of Bend-based Ouzel Outfitters.

"When it's raining, or it's miserable, the phones aren't ringing, said Sykes. "There's a direct correlation there."

"I expect to see a drop this year in overall use on the Deschutes River," Sykes said. Worries over wildfires and smoke have affected booking numbers as well, he said. "There is a concern over forest fires, or the perception of forest fires, that make people not want to go rafting." 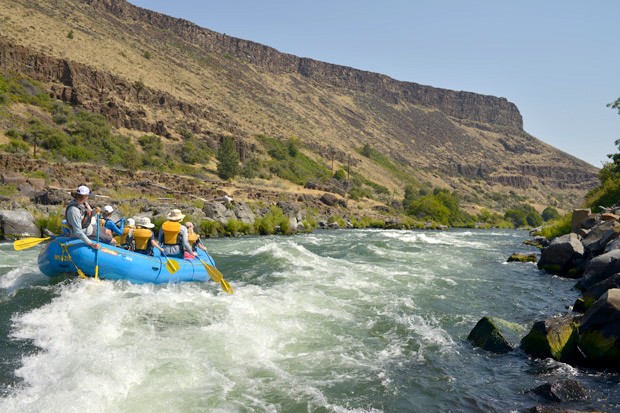 Reports of wildfires often make people hesitant to go out on the river, for fear of river closures and poor air quality. This year, a more than 13,000-acre fire near Canyonville, Oregon, caused apprehension among those who are booking rafting trips, Sykes said.

"It's a big impact, it's up there with drought," Sykes said. "If we're going into summer and the news is full of stories about drought, that affects a lot of business."

"Being 20% down on day trips would not be a huge deal if we weren't 40% down on our big multi-day Rogue trips," Sykes said. "The Rogue is our bread and butter. I've got to put 100 people on a Deschutes day trip to equal a 20-person Rogue trip."

While the decreased numbers are noteworthy, Sykes said he's not overly concerned. Owning a rafting company comes with its share of ups and downs—and he's seen both worse and better years.

The effects of wildfire on tourism in the state are hardly limited to the Bend area. The Southern Oregon Visitor Smoke Survey found that visitors to the state have accepted that wildfire and smoke is the "new norm" for southern Oregon and that it has dramatically affected the tourism industry. The report, created by the Southern Oregon University Research Center, said wildfires and smoke in 2018 cost the Oregon Shakespeare Festival roughly $2 million in lost revenue due to canceled or impacted performances, as well as causing a 14% decline in visitors to Crater Lake National Park. Southern Oregon outdoor visitors are more impacted by wildfire and smoke, and more likely to cancel trips, the report said.