Dirksen Derby is back for its 10th run 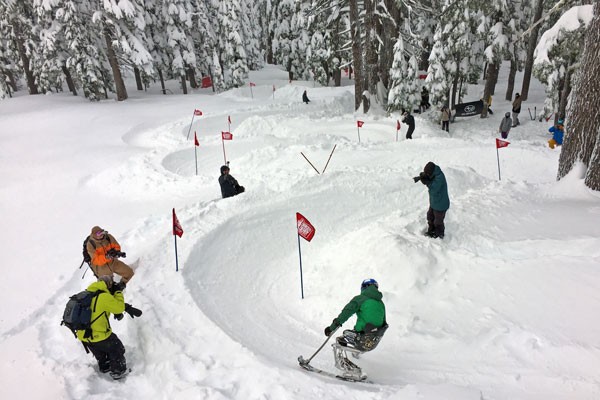 By the time they were in high school, Josh Dirksen and Jason McAlister were making the trek to Bend for fresh powder whenever they had the chance.

"Every day off we were driving to Mt. Bachelor and riding the mountain," said Jason McAlister. "Sleeping in our car for the weekend—and then back to Eugene for high school."

Determined to become professional snowboarders, they moved to Bend together after graduating high school in 1994. They spent winters up at Mt. Bachelor and summers working at the High Cascade Snowboard Camp at Mt. Hood.

They both ended up snowboarding professionally, sponsored by Salomon. McAlister was a pro snowboarder for Salomon for 10 years and Dirksen is still competing.

In 2007, Tyler Eklund, a young up-and-coming snowboarder in Bend, suffered a spinal cord injury after crashing his board at the U.S. Snowboard and Freeski Association Nationals in Utah. At 14, he was paralyzed from the neck down and didn't have health insurance to shoulder the costs of treatment.

While Dirksen didn't know Eklund personally at the time, he wanted to help the family pay his medical bills—and that's how the Dirksen Derby was born. The three-day event, happening Dec. 15 to 17 this year, includes a race down a banked slalom course on Mt. Bachelor for snowboarders, and .

Over the years the event has expanded to include a film festival and art auction, raising approximately $170,000 since 2007 for Eklund's medical bills and other causes. This year, in addition to Eklund, proceeds will benefit Oregon Adaptive Sports, the climate advocacy group Protect Our Winters and the Central Oregon Avalanche Association.

"Raising money has always been a part of it, but also raising good times for him too and good memories," Dirksen said. "Everyone comes into town so happy and I think that's a very special him."

Dirksen took a break from organizing the derby last year, holding a smaller event up at Hoodoo—but now it's back and bigger than ever.

This year, the kick-off party is at Tower Theatre on Friday., Dec. 15 and includes a film festival with a film and photo competition. Mike Beaulieu joined forces with Dirksen in the third year of the derby, organizing the official kick-off party for the event. Before that, he was running a separate fundraiser for Eklund following his accident in 2007.

Beaulieu's son, Logan Beaulieu, was competing in Utah along with Eklund when he crashed his snowboard.


"So it kind of hit close to home when Tyler got hurt," Beaulieu said.

While the Beaulieu family isn't organizing the official kick-off party at the Tower Theatre this year, they are hosting a dinner at the Unitarian Universalist Fellowship of Central Oregon on Saturday., Dec. 16. A ticket includes dinner, a glass of kombucha and a raffle ticket, and there will be Dirksen Derby beanies available for purchase.

Beaulieu's band Shady GroOove will perform and there will be an art auction that uses broken snowboards as the canvas, with proceeds benefiting Eklund and Oregon Adaptive Sports.

"It's definitely a snowboarder crowd, but it's open for anybody," said Beaulieu. 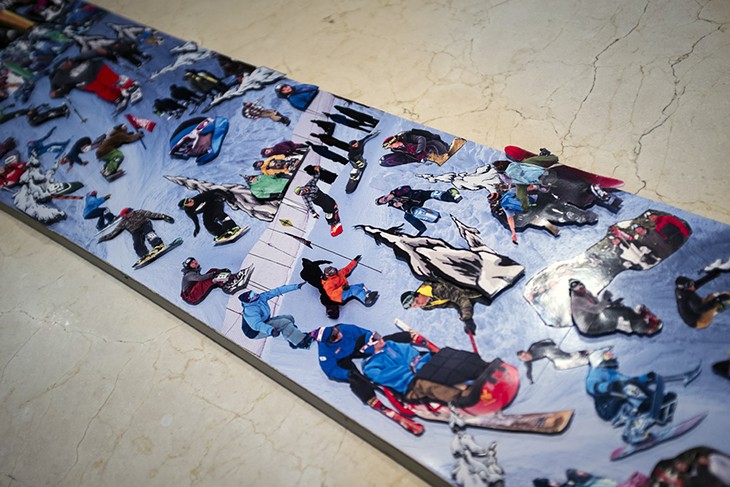 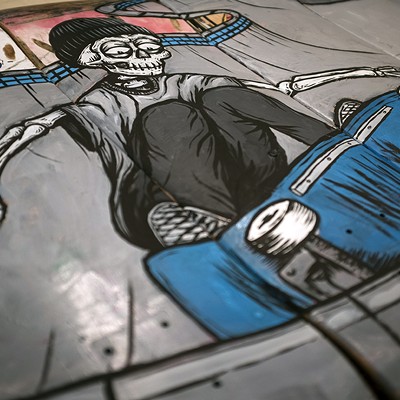 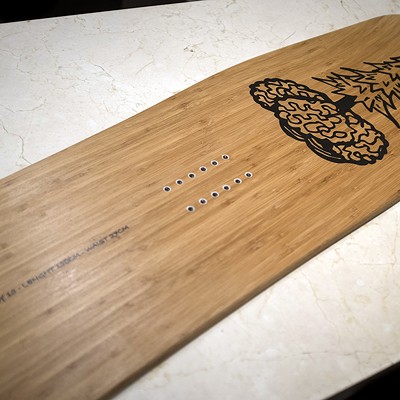 Dirksen expects there to be a large turnout for all of the events, but they've limited the number of derby competitors this year to a mere 500. In 2015, registration filled up in three days, with 607 riders competing in the race.

"Yeah, that's why I took a year off," Dirksen said. "We had 4 feet of pow at the last one over the three days. It's like everything about it was crazy."

The race includes divisions for all ages, ranging from the "Mini-Shred" division for ages zero to eight years old to the "Older and Wiser" division for 50 and older. The course doesn't incorporate or half pipes like other pro snowboarding events, McAlister says, making it an accessible course for kids who can directly compare their race times to the pros.