October 02, 2018
comment
Imagine you tie up your companion dog, head inside to play arcade games for a short time, then come out to find your pup gone.

That’s what happened to Matthew Torney Friday in downtown Bend. 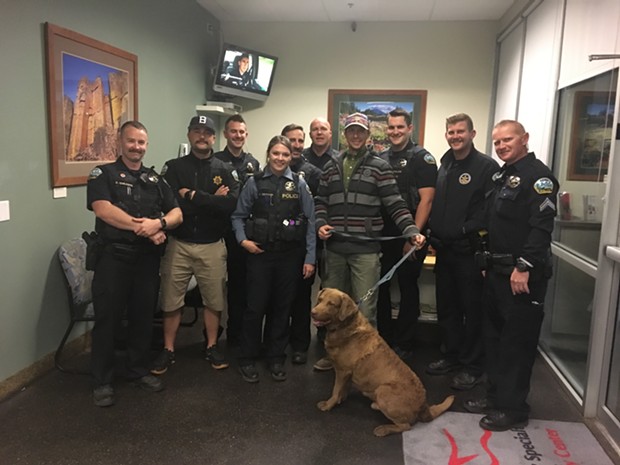 On Saturday, cops say Torney tracked down security camera video from a downtown business showing the area where Kido was tied up. The video allegedly showed a woman taking the dog.

After putting the video on its Facebook page, Bend Police say they received a call Sunday from McCaskill’s boyfriend. Bend PD said it worked with the Corvallis Police Department and Philomath Police Department to find the dog, who was recovered by Corvallis PD at McCaskill’s home. Bend PD brought Torney’s dog back to Central Oregon. The two were reunited early on October 1.

Cops say McCaskill was charged with Theft I of a companion animal, a class C felony.

Bend PD said they've heard of other instances of people in the community who find dogs, and then extort owners to get them back. Cops ask people to report stolen dogs to their non-emergency number so they can address the issue.