A new doc muses over "The Last Blockbuster" 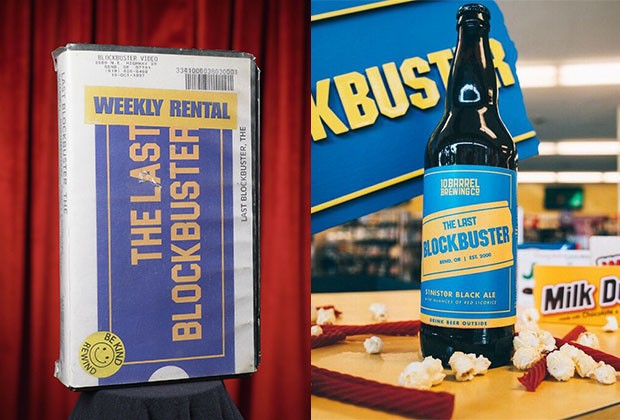 Bend is famous for so many different and random things; not just our majestic lakes, snow-capped mountains or miles of trails, and not even limited to our beer, coffee and...a lot more beer.

We're now newly famous for having the last Blockbuster Video in the country, nay, the entire world! Something you could find three or four of in every town across the United States is now limited to an unassuming building next to a take and bake pizza joint.

That last Blockbuster is definitely part of the story, but we gather here not to mourn the death of a once-omnipresent corporate titan, but to chant a dirge for the passing of an entire way of life. These aren't just the last days of video stores, but the continuing signs of the death of physical media as something we once treasured.

Director/Producer Taylor Morden and Writer/Producer Zeke Kamm are film geeks of the first order. They live and breathe cinema like oxygen, and see the loss of brick and mortar video stores as something more than just a nostalgia-laden trip down memory lane. Their new documentary, "The Last Blockbuster," has interviews with celebrities, filmmakers and (in all transparency) me, your friendly neighborhood film critic.

Morden explains one of the initial drives to make the documentary: "I was in the store last year and found myself just watching the people browsing for movies, seeing the staff recommend titles, and feeling like I was back in the '90s. The smell in the store really took me back, too.  I thought, if I find this fascinating, maybe other people will too. But at the time there were still a dozen Blockbusters left. So we started filming and figuring out the story, but we were kind of waiting to see how things panned out. When we heard that the store in Bend would be the last one, we immediately picked up where we had left off with a renewed sense of urgency and a new title, 'The Last Blockbuster.'"

Kamm and Morden feel the same way I do about the impending loss of video stores in general. Morden says, "I think if video rental stores disappear entirely, the world will be just a little bit emptier and I will be a little bit sadder." Excuse us as we tell the world to get off our lawns.

But is there hope? Will there be a resurgence of video stores once nostalgia kicks in? "I think someday Netflix may have storefronts on every corner," says Kamm. "People will come in to browse printouts of movie covers on empty boxes and talk about movies with other real live humans face to face and geek out over the movies they love. Then they will tap the crystal in the palm of their hand to the box and the movie will play on their retinal implants as the self-driving car transports them to Carousel for 'last day.'"

Morden and Kamm have a Kickstarter that as of this writing is only about $500 away from reaching their final goal of $20,000. Meanwhile, 10 Barrel just announced a team-up with the last Blockbuster for a block party and launch of the "official" Blockbuster beer...AKA: "The Last Blockbuster." Based on the very successful Kickstarter and the launching of a Blockbuster beer, I'd say maybe us film geeks aren't the only people sad to see video stores going the way of the dinosaur.

Why Bend, though? What makes a town primarily known for outdoor activities the perfect place for that last Blockbuster? Kamm has the right answer. "I've lived in Bend since my son was a 1-year-old—nearly 9 years now. I really feel like Bend is a magical place. If Blockbuster is going to survive, it makes perfect sense to me that it would happen here."