Deschutes County is adding three positions aimed at providing support for the unhoused population in Bend, La Pine, Redmond and Sisters. The Deschutes County Board of Commissioners approved the use of more than $1 million in funds received through the American Rescue Plan Act to fund three new behavioral health positions in the county. The new staff members will offer outreach to the growing population of people in the county without homes, helping them access resources and services offered by public and private entities in the region. The funds will also be used for supplies and a new outreach truck that staffers can use for on-street support. Sometimes, it's not possible for unhoused people to leave the location they're at for various reasons, and some fear leaving their belongings behind in order to go access services. With the use of the truck, outreach workers can provide support services on site that may have otherwise required them to transport people elsewhere, the county stated.

"These new staff will provide behavioral health outreach, engagement and case management support to individuals in a variety of settings such as shelters, supported housing and managed camps," Commissioner Phil Chang stated in a Dec. 7 press release. 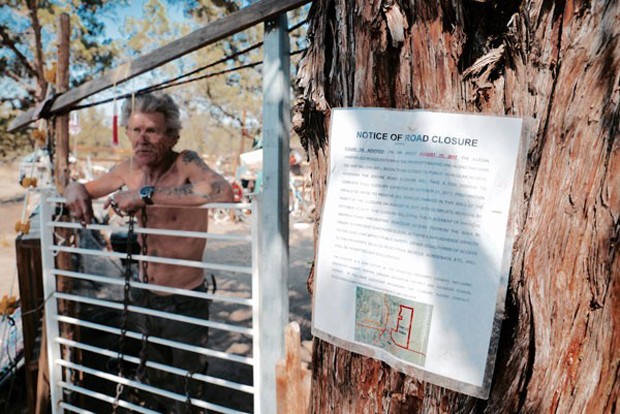 While not yet built, the City of Bend is currently reviewing requests for proposals to build and operate a managed camp for unhoused people on city-owned property. The location has not yet been announced.

The City of Bend and Deschutes County are also considering forming a joint office on homelessness, allowing local governments, nonprofits and other entities to come together to work on solutions. Currently, much of that collaboration happens by way of the Homeless Leadership Coalition, a group that includes nonprofits, service providers and local governments. Formalizing into a joint office would allow groups to pool not just resources, but funding sources, too, City Councilor Megan Perkins told the Source in September.

Advocates for the joint office are pushing the county to take action to support that coordinated effort, encouraging community members to write to the Deschutes County Board of Commissioners, asking them to submit a formal letter of interest to the Association of Oregon Counties and the League of Oregon Cities, asking to be part of any upcoming City/County joint office homelessness office pilot programs.

Meanwhile, this week, members of the Homeless Leadership Coalition announced that they had signed on to be part of Built for Zero, a national effort involving more than 90 cities and counties, with an aim to reduce homelessness to "functional zero" in communities.

"The local Built for Zero team will represent a community-wide effort to collaborate and develop systems to measurably end homelessness," a press release from Built for Zero stated. According to the organization, 14 communities within its network have achieved the goal of functional-zero homelessness.