'Student Success Act' on its way to Gov. Brown's Desk 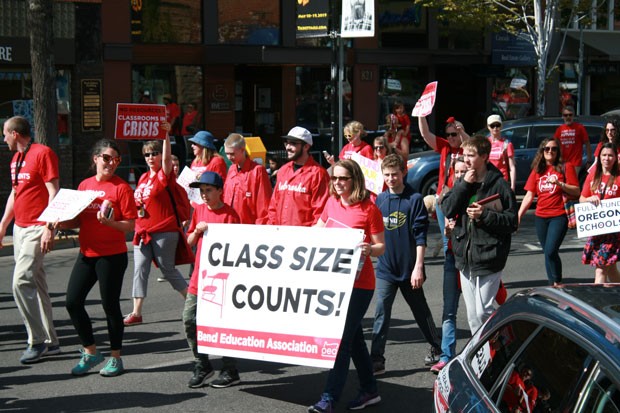 If Gov. Kate Brown signs the bill into law, it's estimated to bring in about $1 billion per year in additional revenue for schools from a new commercial activity tax on businesses with greater than $1 million in sales per year, taking a portion of a business' total revenue. The money would go into a "Student Success Fund," which would fund additional education programs and other school initiatives, including smaller class sizes and more counseling services, according to the Joint Committee on Student Success.

Senate Republicans had refrained from showing up to work since May 7, preventing the 20-member quorum necessary to hold a Senate vote—with the exception of Sen. Knopp, who remained to negotiate with Democrats.

"A lot of this is inside baseball," Knopp told the Source last week. "Sometimes there are bumps in the road, but it's all part of the process."

Republicans said they stayed away from the Capitol in part because they wanted to ask voters to enshrine a mandate in the Oregon Constitution that the new tax money could only be spent on education, not on things like the Public Employees Retirement System.

According to the text of the measure, starting in 2020 about 50 percent of the money would go to grants to local school districts and 20 percent to programs serving toddlers and preschoolers. The rest of the money would be split between full funding for a 2016 voter-approved measure to expand career-technical classes and anti-dropout programs and initiatives to help improve school performance statewide.

According to a May 13 story on Oregonlive, Democrats and Republicans reportedly brokered a deal to get the Republicans back to the Senate floor by killing two bills Republicans didn't like—HB 3063, which would have made stricter rules on vaccinations, and SB 978, which would have been a package of gun law changes, including penalties for some gun owners who fail to lock up their weapons and a provision to allow gun dealers to refuse to sell guns to minors. 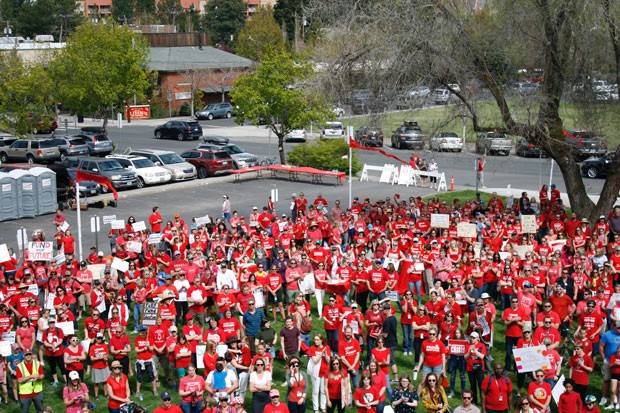 "I am extremely disappointed to see that gun safety has taken a back seat in the Oregon Legislature today," John Larson, president of the Oregon Education Association wrote in a press release on May 13. "There have been eight school shootings already this year in our country. CNN has reported that the United States has 57 times as many school shootings as the other major industrialized nations combined."

Larson's statement said the OEA would continue to fight for the safety of students and educators and without passing laws to increase gun safety in Oregon, that sanctuary will continue to be under threat.

In another Oregonlive story, Rep. Cheri Helt (R-Bend) who was a chief sponsor of the vaccine bill, described the agreement as "disappointing."

"The bill was about saving lives, protecting children and ensuring our shared immunity from dangerous and preventable diseases," Helt said in the story. "It's disappointing that once again the loudest, most extreme voices in our politics prevailed and the sensible-center and thoughtful policy-making lost."

In spite of the loss of that bill—and the failure of two foster care bills she sponsored, which died in committee—Helt told the Source last week that she would "continue to work hard to serve the people of Bend, by focusing on the issues that matter to them—the success of our students in school, housing and foster care."

Central Oregon's all-Republican House delegation, including Helt, Rep. Jack Zika (R-Redmond) and Mike McLane (R-Powell Butte) voted against the Student Success Act when it came up for a vote in the House.

-Judy Stiegler met with Bend's delegation last week, and contributed to this report.