Summer's Not Over Until You Get Hopped Up on Beer Slushies | Beer & Drink | Bend | The Source Weekly - Bend, Oregon

Summer's Not Over Until You Get Hopped Up on Beer Slushies

It's no secret that Central Oregon breweries have become the tastemakers of the beer scene, both locally and nationwide. So, when 10 Barrel Brewing announced this summer that it would be transforming its Crush sour beers into beer slushies, other breweries took notice. I toured a few local taprooms to explore and compare the varieties of frozen beer being served around town. The results were crushingly superb. 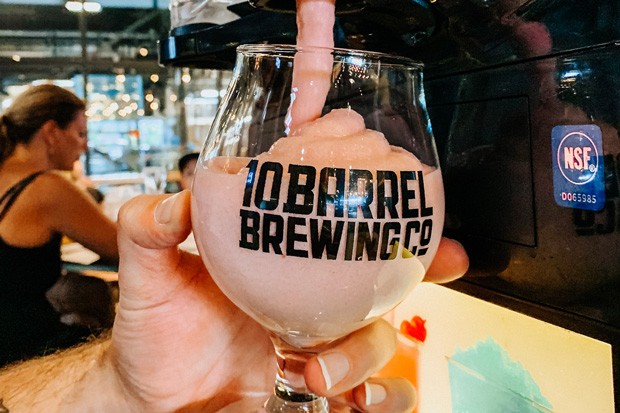 The first taproom on the tour was Wild Ride Brewing. Located in the heart of downtown Redmond, family friendly Wild Ride has a handful of seasonal brews available for the summer, and for adult slushies. My companion and I chose two frozen libations: the Tarty for the Party and the Cold Chillin'. The Tarty starts with a pour of the Cherry-Lemon Sour Ale, finished with a float of lemonade slush. The Chillin' is made up of a frosty pint of Vanilla Cream Ale, topped with an Orange Crush slushie iceberg. What we loved about the Chillin': its slightly nostalgic characteristics, reminiscent of adolescent summer days cooling off with a Creamsicle. However, the Tarty was the choice slushie of our visit; the lemonade float delivering a balanced sweetness as it filtered each sip of the tart cherry ale.

Now this is a slushie beer that I could enjoy more than one of! tweet this

Making our way south, we stopped at Bend's newest hip taproom, Boss Rambler Beer Club, which has been featuring the addition of 'frozen foam' to its brews. Curiosity, more than anything, led me to this destination. While you can top any of the beers with the frozen float, they do recommend the Lite Beer, as this is what the flurry iceberg is made of. Imagine a picturesque head on your beer that never fizzles away. Although it's not a flavored slush concoction, it's very conducive to keeping your beer ice-cold down to the last gulp. 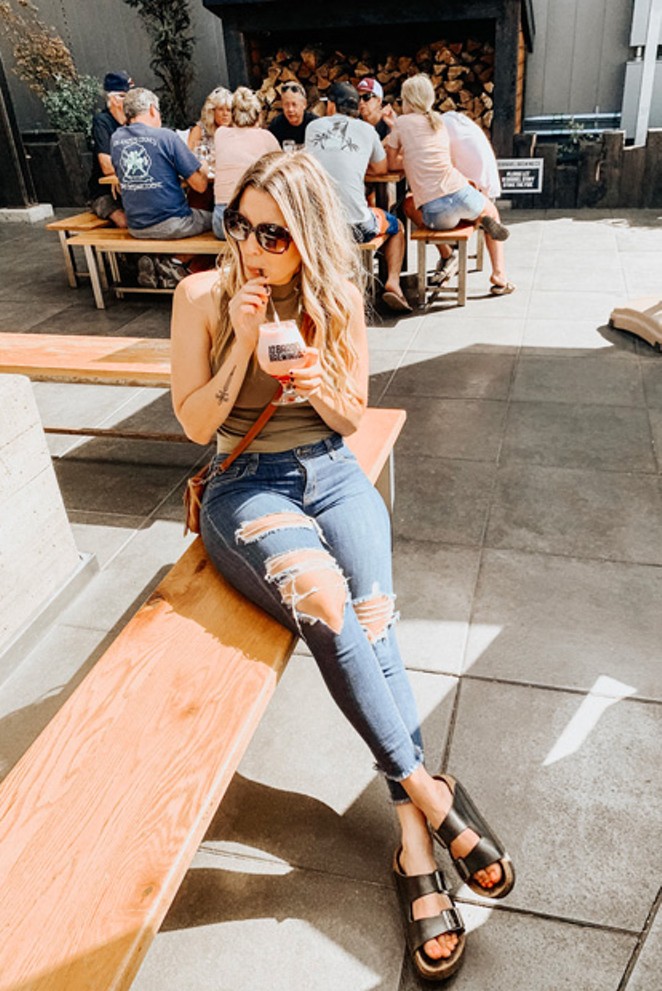 Finally, we made our way to 10 Barrel Brewing. I chatted with the on-duty bartender, Brennen Pebbles, about the hit summer drink. Crushies are made with Raspberry Crush and citric acid, which keeps them homogenous. Looking around the Eastside pub, Crushies appeared to be a hit—so much that at least one customer at every table was enjoying them. Pebbles poured me a tulip glass of the Crushie, allowing me to sample the slush before offering his doctored version of the drink.

"If you want to make this even better, try adding a float of red wine and topping of whipped cream," he suggested. Now this is a slushie beer that I could enjoy more than one of! The addition of the house red wine softens the sour just enough to offer a sweet smoothness that Pebbles compares to raspberry cheesecake.

While I never intended for this slushie tour to become a competition, it's my due diligence to offer my unbiased tasting results. I would enjoy each of those beers again, but 10 Barrel crushed the competition. I think it's safe to say that I've found a new dessert favorite during my pub visits: the Raspberry Cheesecake Crushie.