Support a Bike Park on the East Side and Let Sanctuary Law Stand | Editorial | Bend | The Source Weekly - Bend, Oregon 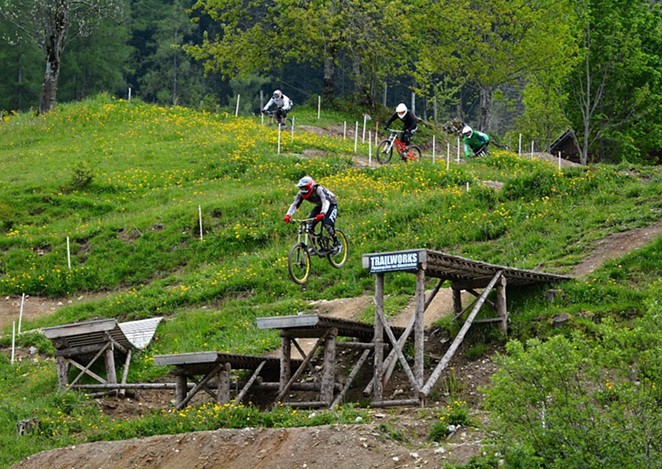 Support a Bike Park on the East Side

In a town as bike-crazy as Bend, it stands to reason it would have a facility allowing people to hold world-class bike events. That's exactly what we'll get should Bend Park and Recreation District move forward with its plans to expand the facilities at Big Sky Park on Bend's east side. But like many elements of growth in our community, what might seem like a no-brainer to support has had its share of opposition. The expanded Big Sky Park would include pump tracks, cyclocross and single-track trails, a bike trails area, a kid's skill area and a dual slalom course—all which could allow the many riders in the area to access options, some of which are only available on Bend's far west side. An option to include amplified sound at the current BMX track is still on the table. Additional field lighting has been discussed and may be added in the future, according to BPRD.

The park's master plan includes plenty of new parking and a plan to build a common access and exit to Hamby Road and Buckingham Elementary School. Some neighbors have expressed concern about increased traffic in the area, considering the fact that currently, the Phil's trail network serves as one of the only skills areas for bikers to access close to Bend. With the option to ride trails and skills features on the east side, we would argue that the traffic Bend's bike facilities bring would be spread more equitably throughout the city.

Bend is growing east, and it only stands to reason that the new infrastructure and new park options should favor the side of town experiencing the most growth. Hamby Road might have been squarely rural in the past, but it is, inevitably, going to serve as an increasingly important corridor as the city expands.

BPRD has allocated funds for the expansion of Big Sky Park and will likely ask the bike community—which enthusiastically supports the expansion—to kick in the additional funds needed to complete the bike park, which we anticipate will get done handily. Add in the economic opportunities that can come from positive, community-building and internationally recognized bike events, and supporting a bike park at Big Sky Park is even more of a win-win. Deschutes County had a meeting scheduled for July 17 to hear public comments on the plan and to consider approving BPRD's permit request. Here's hoping the park gets the support it deserves.

Last week, dozens of people gathered in front of the Deschutes County Courthouse, in opposition to IP 22, a proposal aimed at repealing Oregon's "sanctuary law," established in 1987, during the Reagan administration. Three Republican members of the Oregon House filed the proposal, which would repeal the 1987 law forbidding state agencies, including law enforcement, from using state resources or people to detect or apprehend people suspected of being in violation of federal immigration law. Voters will decide on this issue during the November election.

Among the people gathered against IP 22 was Deschutes County District Attorney John Hummel, who said that the current law already provides clear guidance to local law enforcement about how to handle complex immigration issues. One of those tenets allows local police to hold undocumented immigrants and to turn them over to immigration officials, if the feds get a warrant.

In this fraught social and political climate, we see no reason to change course with this policy. To do so would be to fall prey to a rising tide of xenophobia and racism in our community, state and nation. What's more, our local law enforcement officials should not be empowered to act as federal immigration agents. They already have enough to do.