The 2019 Gerry Lopez Big Wave Challenge is a snowboard-only event, meshing surf and snowboard cultures on a kahuna course. During the one-of-a-kind competition, participants will carve, spin, and slash their way down a course defined as "freestyle snowboard snow-surfing." 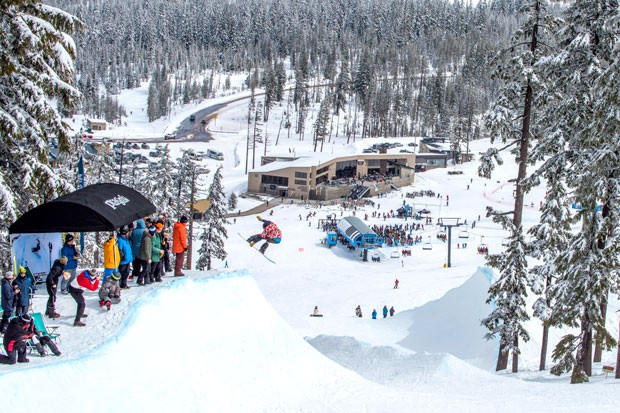 "The Challenge is more a 'have fun' type event than a hardcore one," said Gerry Lopez, legendary surf master and Mt. Bachelor Ambassador. "We build waves out of snow and hold a surf contest."

This year represents the 9th annual Big Wave Challenge—started when Lopez and Andy Goggins, then-marketing director for Mt. Bachelor, were riding a chairlift together and looking at natural features that reminded Lopez of surf waves. "As the marketing director, Andy looked at them and went, 'We should have an event around that.'"

Initially, it was also a fundraiser for different organizations in the area. "A few years ago, Pat Malendoski, who is a long-term figure here in the local snowboard community, was diagnosed with glioblastoma and he's been battling this cancer pretty hard," said Lopez. "We shifted all our fundraising to help him as much as we can." Malendoski started as a groomer for Mt. Bachelor and created some of the first terrain parks on the mountain. His visionary creations of park features are well known throughout the snowboarding industry and have been on display at nearly all major snowboarding events, including the 2002 Olympics in Salt Lake City. 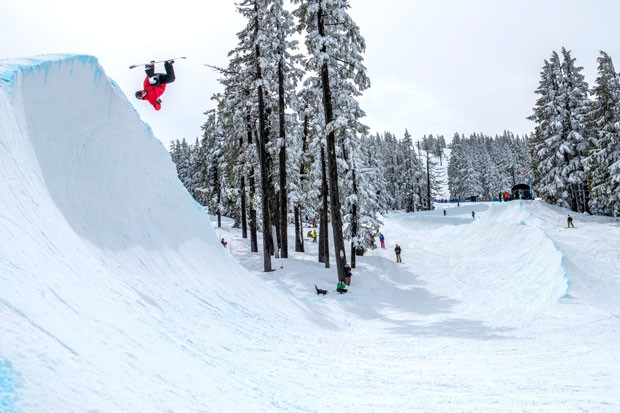 Friday is the practice day for competitors. "Any contestant wearing a bib can ride the course," said Lopez. Riders will have time to learn the course and plan their moves. Slick tricks and big air aren't going to be enough to win the Challenge, as the judges will be looking for power, speed and control—much like a surfing contest. A well-executed layback or sharp cutback can earn participants higher points than a single trick. Contestants can also join Lopez for a yoga workout in the morning.

Like a surf contest, there's a one-day holding period to determine the best conditions for the competition. "We'll get together with the ski patrol and mountain staff to get a good look at the forecast and then figure out which day looks the best," said Lopez. A sunny day would be optimal, but the riders will be ready to go no matter the weather conditions.

When the competition does get underway, the competitors will be sorted into different divisions such as Kane (Men's), Wahine (Women's), Kieki (kids 16 and under), and Makule (40 and older).

"Not only do we have winners in each of the divisions, but we have awards for 25-30 various categories," said Lopez. Best Method, Best Trick, Best Carve, Best Wipeout, Best Aloha Spirit, and more are presented during the awards ceremony. "Everybody gets behind whoever wins an award," said Lopez. "We just want to spread the love as far and wide as we can."

On the day of competition, the Wahine, Keiki, and Makule divisions are scheduled for the morning, along with a demonstration by pro surfers. "We've got surfers who spend most of the winter riding waves rather than snow," said Lopez. "We didn't want them having to go head-to-head with guys that have been snowboarding all winter."

At lunchtime, a Hawaiian-inspired barbeque and luau, with tunes by local Hawaiian musician Bill Keale will break out on the West Village deck. Following the luau, the Men's division will wrap up. The Men's division filled up in about two hours through online registration.

Though it's a competition, the Challenge is more about community coming together for a great cause and showcasing Central Oregon's aloha spirit. As Lopez said, "The old beach boys of Waikiki used to say, 'The best surfer is the one having the most fun.'"